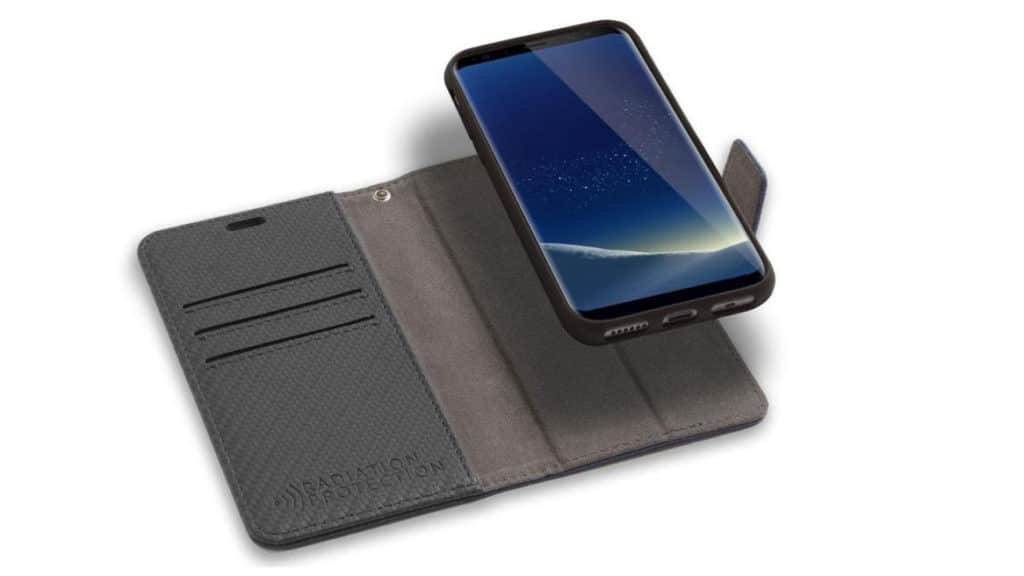 Most people are unaware about the dangers of EMF radiation emitted out of electronic devices. And exposure to radiation from cell phones is the most as we keep them close to our bodies for most of the day. It is important that we shield ourselves from this radiation if we cannot give up using our cell phones and this can only be achieved through protective cases that block radiation.

There are many companies out there that make EMF shielding cases but many of them do not work. The ones that I RECOMMEND are the Safesleeve Anti Radiation and RFID Blocking Cases (check prices).

Why I Prefer The Safesleeve Cases

As compared to the other ones available on the market, I prefer the Safesleeve cases owing to many factors that I feel are important.

All cases of Safesleeve have been FCC certified which means that they have been tested in FCC accredited labs.

The FCC test results of Safesleeve cases are as shown below. The results show that their cases are capable of blocking up to 99% RF radiation and 92% ELF radiation.

2. Does Not Affect Signal Quality

Most anti-radiation cases degrade the signal and this makes things worse because the cell phone is working harder to get a signal and emitting more radiation in the process.

So, how does Safesleeve achieve EMF blocking without deterioration in signal quality?

3. Does Not Affect Sound Quality

In an article on Safesleeve cases in Forbes magazine, the writer appreciates the sound quality saying that  “The sound is identical as if the phone were pressed up against your ear.”

The design of the case is such that sound quality is also not affected. It is reasonable to assume that such types of cases would muffle up the sound but you are assured of no such problem with the Safesleeve.

Credit cards are convenient and make transactions simple while eliminating the requirement of carrying huge loads of cash.

The drawback is that sensitive information can easily be extracted out of credit cards using RFID card readers. That is why RFID blocking has become a necessity nowadays.

Safesleeve cases are well designed to look good aesthetically and they are difficult to differentiate from regular cases.

But they do block radiation and have slots for holding credit cards which are protected by a layer of RFID blocking material.

This added facility makes the Safesleeve even more valuable.

Do the cases live up to the claims made by the company? Of course, they do. Have a look at the user test video below:-

The Safesleeve cases are worth it. A small investment will protect you and your family from harmful EMF emitted by smartphones.

So, go ahead can get yourself a Safesleeve Cell Phone Case.

If you found this article useful, don’t forget to share it.