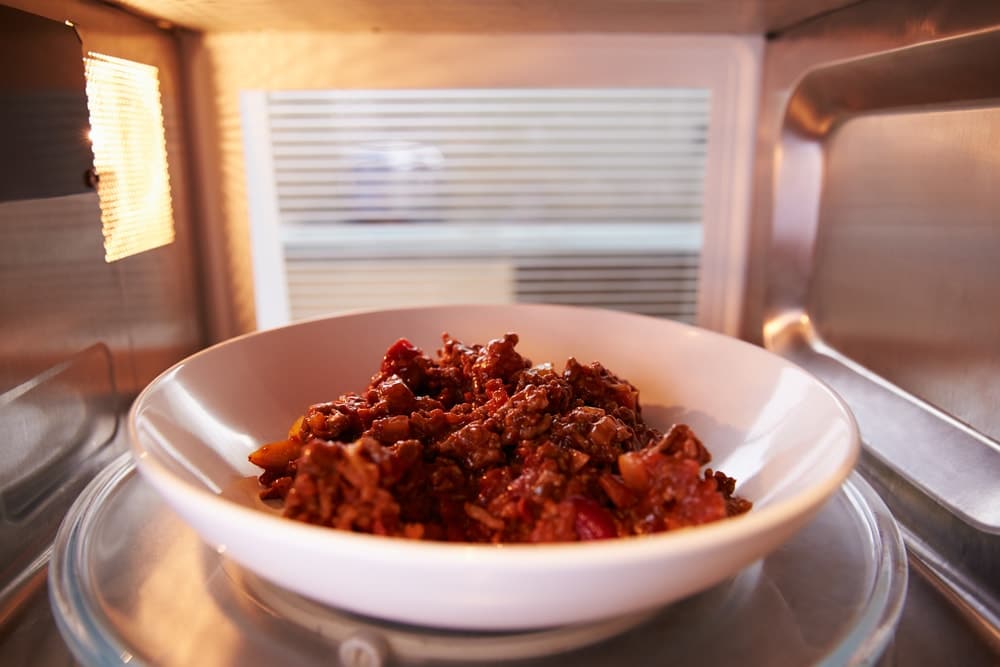 Research has revealed that EMF radiations from microwave ovens are responsible for long-term health risks. Whenever they are in operation, they emit non-ionizing electromagnetic radiation.

But do microwave ovens emit radiation when not in use or when switched off?

Here is the quick answer. EMF radiations from a microwave are like an on and off switch. When the microwave is in operation, radiations will be emitted, and when it is not in use or switched off, it will not emit radiations.

As an affiliate, I may collect a share of sales or other compensation from the links on this page.
Before I proceed further, I highly recommend you take a minute and check out these critically acclaimed ebooks – The Non-Tinfoil Guide to EMFs by Nicolas Pineault and Long Term EMF Protection by Lloyd Burrell. These books have helped me tremendously and I can assure you that they will be worth your while. I also recommend Nick’s EMF Protection Course which is a great resource for EMF protection.

Do Microwave Ovens Emit Radiation When Not In Use?

Once the microwave is switched off, it’s no longer produces electromagnetic waves which excite or vibrate the molecules in the food.

It is also perfectly ok to consume the food that has been heated up in the microwave oven. There is a common misconception that microwave ovens cause the food to become radioactive. This is quite far from the truth.

When the heating of babies milk in the microwave was banned in the United States, it led to such misconceptions. The ban was actually due to the risk of burn injuries to toddlers.

The United States Food and Drug Administration has actually gone on to state that food from microwave ovens are absolutely safe to consume even though some other reports have claimed that they do have some health risks associated with them.

Microwave ovens produce the same kind of non-ionized EMF radiations that cell phones and Wi-Fi routers produce. Hence, they should be considered the same category.

Over the past decade, many studies have brought out that the non-ionized type of radiations have long-term health risks and some of the studies have produced findings which are quite alarming. The most serious ones are cancer and brain tumor.

In my article on the effect of EMF radiation on babies and children, I had referred to a few case studies which were carried out to determine the harmful effects of EMF radiation.

Apart from those listed in the article, here are a few more examples of studies that have been carried out that bring out the harmful effects of microwave radiations:-

There is a common belief that when the microwave oven is shut, it acts like a Faraday cage which blocks the EMF radiations from leaking out.

Is this true? Here is an easy experiment to find out.

In most cases that cell phones will ring and, this proves that microwave ovens do not block radiations. But then, some do. It depends on the microwave. The same has been demonstrated and explained in detail in this video below.

Can you call a cell phone in the microwave?
Watch this video on YouTube.

How Can You Minimise Emf Radiations From Microwaves?

So, we know that microwave ovens emit radiations which arguably have long-term health risks associated with them. We also know that they do not prevent radiations from leaking out. How can we then minimize the harmful effects of EMF radiations?

When it comes to blocking or reducing the effect of EMF radiations, there are three golden rules which I always keep in mind.

Against EMF radiation, distance is the key. The further you are from the device producing radiations, the lesser exposed you are.

Whenever you have to use the microwave, move away from it as soon as you switch it on and leave the room for the duration the microwave is in operation.

If the microwave oven is in the kitchen, which will most likely be the case, avoid using it while doing some other activity like cooking a dish or chopping vegetables. When that microwave is on, make sure you’re out of the kitchen.

You can reduce the exposure time by using the microwave sparingly and judiciously. You don’t need to heat up water or milk in the microwave oven.

Use traditional heating methods as much as you can.

There are EMF shielding devices available in the market. However, there is not a single effective one that I can think of which can be used for a microwave oven.

You want your oven to dissipate heat when it is in operation. The EMF shielding devices which are being sold cover only the front portion of the oven. Won’t radiations leak from the sides and back as well. For this reason, I do not recommend any shielding device product.

As I have stressed in other articles on EMF Advice, babies and children are the most vulnerable to the harmful effects of EMF radiations.

Adults were not exposed to these amounts and levels of radiations. What will be the long-term effects on babies and children in several years to come is not known, but findings from studies have not been encouraging.

So it is necessary to make changes in the way we handle our electronic devices, and every small step we take will contribute to the well being of our children.

Be sure that the children stay away from microwave ovens whenever you are using them. Microwave ovens do not emit radiations when not in use or switched off conditions.

So you don’t need to go crazy. But do instill discipline among the children and make sure that they follow the safety rules you set for them.

Look For Defects In The Microwave

Faulty microwaves can leak out a lot of radiation. The fault could be a damaged seal, damage hinge or the door not shutting properly.

You should look out for such things and sort them out immediately. Make sure that the microwave oven good condition at all times.