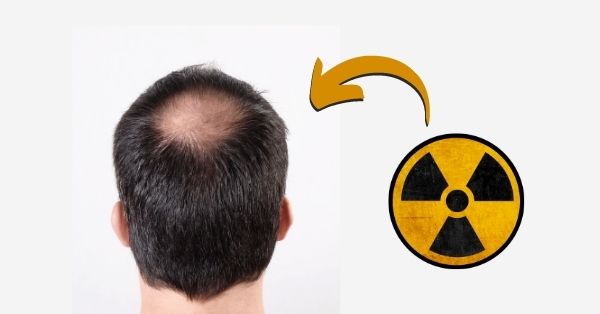 The general dangers of EMF radiation are well known, but I recently wondered, can EMF radiation cause hair loss? Here’s a quick answer:

In this article I’ll look at the evidence behind EMF radiation and hair loss, and what dangers you should look out for.

EMF radiation covers all wavelengths of the electromagnetic spectrum. These are broken into ionizing and non-ionizing forms of radiation. Ionizing radiation is radiation that’s powerful enough to remove electrons from the outer shell of an atom. This causes it to become ionized.

These forms of EMF radiation are well known to cause issues, even from short-term exposure.

Radiation poisoning is a serious medial condition and hair loss is one of the main symptoms because hair follicle cells are quite sensitive to damage.

Lower frequency forms of radiation, such as visible light and radio waves, are known as non-ionizing radiation.

This is because they have less energy and so can’t ionize an atom. That said, there are studies that report various links between RF radiation and illness.

In fact, in what seems to be a rare case, a man reported baldness around his left ear, which doctors attributed to cellphone use. But this man used his cellphone for 7 hours a day pressed against the same ear.

The study found there was some damage to the upper layers of the skin from cellphone radiation, but this was easily reversed using a course of antioxidants and vitamins.

Bear in mind, though, the man had been using his cellphone for 7 hours a day for well over a year. It’s unlikely that many people make calls on their cellphone for this length of time.

In short, some forms of EMF radiation can cause hair loss fairly quickly. But these are recognized health dangers, and it’s unlikely you’ll be exposed to them other than through your job.

And if you are, your employer probably takes steps to reduce the problem. Non-ionizing forms of radiation, which are those we encounter every day, may cause a number of health complications, but hair loss isn’t really one of them.

What are the Dangers of EMF Radiation?

If you’re concerned about health complications related to EMF radiation exposure, you can cross hair loss off your list.

But there are other things you should be aware of. The main health impacts of EMF radiation are:

Many of the symptoms associated with EMF exposure are common symptoms that are often misdiagnosed as other health problems.

The easiest way to confirm whether you’re suffering from EMF exposure is to reduce your interaction with electronic devices and see if your symptoms get better.

Also, consider buying yourself an EMF meter (Amazon link). This is the only way you can really test EMF levels around you.

Some people suffer from electromagnetic hypersensitivity, which is when your threshold is much lower than the average person.

While it’s unlikely this’ll lead to serious health problems, some people find it difficult to leave the house because it makes them unwell.

Again, it’s a difficult condition to diagnose, and many people reach this conclusion by cutting sources of EMF radiation out of their lives.

How to Reduce EMF Radiation Exposure 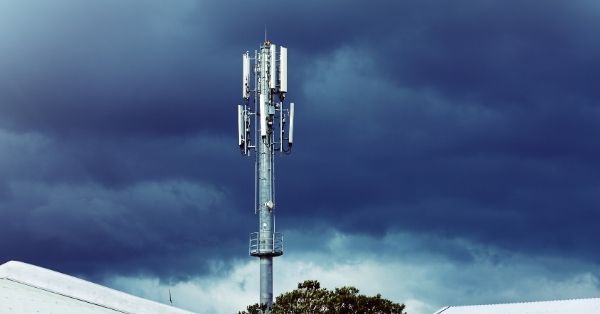 If you’re concerned about EMF radiation exposure, it’s worth taking some steps to cut it out of your life.

While it’ll be impossible to live a completely EMF-free lifestyle, you can reduce it.

Here are my top tips for doing so.

They’re known as extremely low frequency radiation, and their health impacts are fairly well known. Living near them is a big issue because you’re constantly around them. If you have the option, consider moving house.

Wireless internet is often seen as a culprit in the EMF radiation battle. The easiest way to get around this is to switch back to wired devices.

Simply plugging your devices into the router using an Ethernet cable will help, but it won’t solve the issue. Most routers don’t have the option to disable wireless functions, so you’ll need a Faraday cage (Amazon link).

These cut EMF radiation by up to 95%, which is a big difference. Just be aware this’ll obviously cut your Wi-Fi signal too. You can also get Faraday cages for your smart meter, which I’d definitely recommend.

Your bedroom is arguably the place where you’ll spend most of your time at home. Also, when you’re asleep your body heals itself, so you want to give it the best chance of doing so. I’d recommend keeping your bedroom as free from EMF as you can.

Turn your phone off, or put it on airplane mode, and buy an analog alarm clock.

If you want to go all the way, consider fitting an EMF canopy over your bed (Amazon link). This’ll help to block EMF radiation, meaning you can sleep soundly without having to worry about exposure.

Hopefully this article has given you some information on whether EMF radiation can cause hair loss. It’s definitely a recognized symptom of radiation poisoning, but you won’t get this from exposure to everyday EMF radiation.

While it can cause a number of health complications, hair loss isn’t one of them. Still, the best advice I can give is to limit your exposure as much as possible just to be on the safe side.