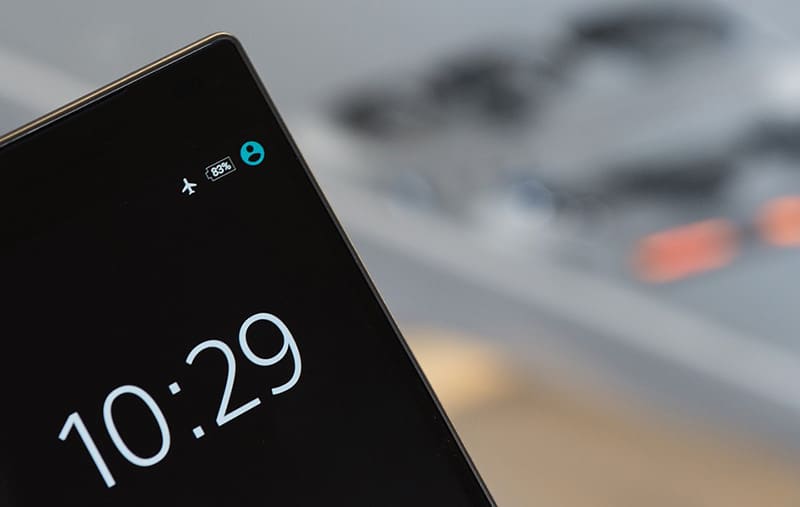 If you are interested in knowing if smartphones on airplane mode emit radiation, then read on. But I first want to give you the quick answer to the question.

When a smartphone is selected to airplane mode, the connection to radio towers is cut off and radiation due to wireless transmission will cease. However, the electrical components of the cellphone will still emit small amounts of radiation.

The Aim of This Article

Before I dive into the specifics, there is something personal that I would like to share with you.

I decided that this would be the first topic to write on for my blog. We all have realized or have come to believe that EMF radiation from cell phones is harmful to the body and we are mostly concerned about the safety of our children.

We don’t want to give up our electronic devices, but we also don’t want them to be the cause of grief. So, before I go about coming up with articles on information and risks of EMF radiation, I want to write about the first thing that you can do to reduce the harmful effects straight away.

And that is to try and use smartphones and tablets in airplane mode for the maximum time possible.

We are so used to smartphones that they have become a massive part of our lives.

Studies have shown that the average American uses a cell phone for 9 hours in a day. Now that is quite a bit which results in a significant amount of EMF radiation exposure.

But the primary concern which most of us have is the increasing use of cell phones by children. Studies have indicated that cell phones increase the risks of a brain tumor.

These studies have suggested that children using smartphones are at high risk because they have thinner and smaller skulls.

Though these theories have been rubbished by other scientists, as a parent, can I afford to take that risk? Will I allow my children to be exposed to EMF radiation for prolonged periods of time only to regret later in life?

The answer is a big NO from me, and I’m quite confident that there are many like me and you are probably one of them.

Apart from the risk of brain tumor caused by EMF radiation, here are some of the other risks as brought out by experts:-

There are more ill effects and risks associated with EMF radiation than the ones that I have listed above.

If all of the risks listed are entirely true, then I would be an anxious person. But, even if they are partially correct, as a parent, I would not sit down and do nothing about it. To be on the safer side, I will first believe the worst and then take action.

But do we give it up entirely on our electronic devices? Do we entirely deny our children cell phone usage when we are so much engaged in it? Perhaps, total denial is not practical, but there are a few things that you can do to minimize the risks of EMF radiation. And one of them is the airplane mode.

An easy way to understand whether smartphones in airplane mode emit radiation or not is just by just grasping the basics of what creates EMF radiation in the first place.

In a smartphone, the maximum EMF radiation is caused by propagation of radio waves. In airplane mode, the cellphone is not communicating or trying to communicate with the tower and is completely cut off. Hence, with no network, EMF radiation caused by radio waves is eliminated.

However, there will be some amount of EMF radiation taking place in airplane mode caused by the light display and the smartphone running.

It is still not 100% safe to use smartphones in airplane mode, but I would prefer this than allowing my children to handle phones connected to a network where EMF radiation is the maximum.

There is a lot of debate on for years on whether smartphones are harmful.WHO declared that EMF radiation coming from smartphones could cause long-term health risks.

However, there are other studies which have also found or claimed to have noticed that EMF radiation from cell phones is not harmful.

From what I have read and experienced to a mild extent, I only know one thing for sure. EMF radiation from devices such as laptop microwaves and cell phones is indeed harmful.

The Kaiser Permanente study which was conducted on pregnant women found that those exposed to high EMF radiation showed a 48% higher risk of miscarriage.

Now that is good enough for me to realize that EMF radiation is really harmful and something has to be done to minimize its risks.

Whether cell phone usage in particular, because it emits low EMF radiation, is actually that harmful is quite debatable. Cellphones do not emit that much high radiation as compared to laptops, microwaves and power lines but the extensive usage is what concerns me the most.

In the times when we were young and growing up, there were no smartphones, so there is really no evidence as of now whether these things are that harmful to us.

But by using cellphones day in and day out, playing video games, watching online YouTube videos and speaking on the phone for long, there is no doubt that the amount of EMF that we are being exposed to nowadays will have some effect on our health in the long run.

Precautions That I Take

There are a few precautions which I take to reduce the harm caused by cell phones. There is much more that can be done, but I’m not going to preach something that I don’t practice myself.

Ensure That the Smartphone is in Airplane Mode

When I give my cell phone to my kids, I ensure that it is the airplane mode. I do permit them to turn off the airplane mode and speak friends or the grandparents once in a while but that too while using a handsfree set. But in most cases, we use the landline phone for calling up people.

And that is why, while I always don’t deny my children to use the smartphone, I always ensure that it is in airplane mode which is not actively connected to a network because here is where the maximum EMF radiation is taking place.

At the same time, I do restrict their cell phone usage because even in airplane mode, there is EMF radiation taking place.

Turn Off the Wifi at Night

Before sleeping, I ensure that the wifi is turned off so that for at least that part of the day, we are not exposed to EMF radiation. In fact, most of the times, I go as far as turning it off for a few hours in a day.

Keep Cell Phones Out of the Bedroom at Night

Most of us have the habit of sleeping with the smartphone on the bedside table or under the pillow. This is unnecessary exposure to EMF radiation which can easily be avoided. Besides, EMF causes poor sleep quality.

We need to get over the habit of checking messages at night. You don’t need to use your phone as an alarm clock. Just get a proper alarm clock.

You may also like to check out my recommended products for EMF radiation protection.