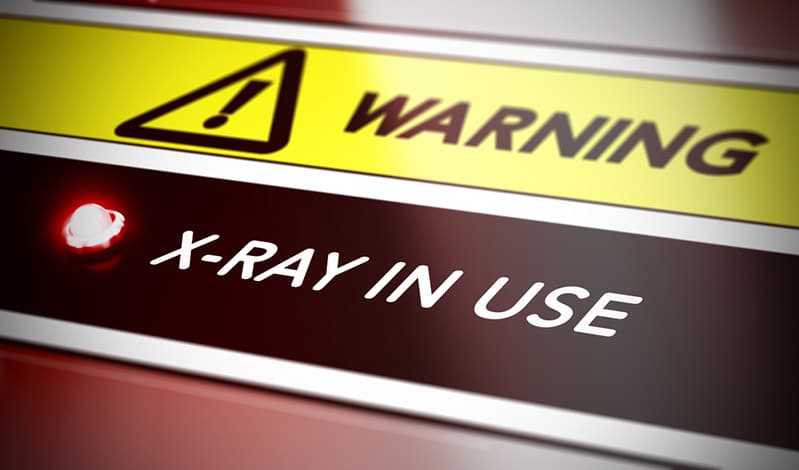 We heard about them being harmful. We know that they are a cause of many health risks. But can electromagnetic radiations kill you?

To answer the question, in short, I would say that electromagnetic waves, especially the ionizing type are potentially lethal and can kill a person. The non-ionizing form of radiation has the potential of causing long-term health effects that can indirectly be the cause of death.

But I would also add the rider that it actually depends on many factors such as the intensity of radiations, the type of emissions and the exposure times.

Electromagnetic radiations are of many types, and the harmful effects will range from mild to severe depending on whether it is ionizing or non-ionizing.

Within these categories itself, there are electromagnetic radiations which are more or less harmful than one another. So, let us go over them one by one and understand what the health risks for each type of radiation are.

The ionizing types are the most dangerous forms of electromagnetic radiation, and they have a potential to kill a human being.

Ionizing kind of emissions are those which have the ability to cause electrons to be liberated from the molecules. That much energy is present in these types of electromagnetic radiations, and these are the ones which cause a lot of damage.

Some of the examples are gamma rays, X rays and ultraviolet rays in the higher spectrum. It is common knowledge that X-rays are harmful to the human body.

As far as nuclear radiation is concerned, it is a fact that it is the most form of dangerous electromagnetic radiation but in the practical world, we human beings are rarely exposed to it.

However, some of us are exposed to the ionized type of radiations as these are used for medical treatment like X-rays and radiation therapies.

We all know what cancer patients experience when they undergo radiation therapy, the kind of side effects on their bodies which really take a long time to subside.

There is no doubt that the ionizing type of radiations are very powerful and can cause severe health concerns on the human body.

Can Ionizing Radiation Kill You

As far as ionizing electromagnetic radiations are concerned, they definitely have the potential of being lethal.

As per this well researched Wikipedia article, following are the damages which can be caused by non-ionizing radiation:-

That’s right; the article has clearly spelled it out.

These are the radiations which are of lesser intensity as compared to the ionizing type. These are:-

The non-ionizing type of electromagnetic radiations are present in all appliances, be it a television, microwave oven, Wi-Fi network, cell phones, computers and what not.

The data on the effect of this low-intensity energy radiation is so conflicting but as far as I’m concerned, here is how I see it. If x rays and Radiation therapy can cause so much physical damage, the non-ionizing type of electromagnetic radiations can be very harmful because we are exposed to them so much.

And let us not forget the power lines. Electric power lines emit so much of harmful radiation that in a study conducted in Colorado, it was found that the children that developed cancer were the ones who lived close to excess wiring configurations, as compared to the homes of healthy children.

Can Non-Ionizing Electromagnetic Radiation Kill You

So, the question of the day is, do the non-ionizing type of electromagnetic radiation have the potential to kill a person? To this, I would just say that I am not too sure whether they will cause enough physical damage to kill a person but do have the capability of creating health ailments which can indirectly cause death.

In the example of cancer cases in children as a result of EMF radiation from power lines, we can clearly see the potentially life-threatening risk of non-ionizing electromagnetic radiation. Our children are at higher risk.

And that is why I don’t take any form of EMF radiation lightly. Call me paranoid, but I cannot find a single argument that proves beyond doubt that EMF radiations from smartphones, computers, microwave, etc. do not cause any harmful effects.

The argument that these radiations are so low in intensity that the body readily absorbs them is not very convincing to me and I definitely would like to take all the precautions which are necessary to keep my family and me safe from the ill effects of electromagnetic radiation.

It is virtually impossible to eliminate the effect of electromagnetic radiations in our lives unless one abandons the city and lives life in the woods.

Electromagnetic radiations are indeed dangerous, and the sources are increasing day by day. With 5G networks, the exposure to EMF radiations has grown even more than before.

Here are some of the steps that you can take to reduce the effect of electromagnetic radiations.

Well, there is nothing much which I can really offer as meaningful advice for ionizing radiation. X-rays and Radiation therapy are only used in hospitals where treatment is necessary.

We are not exposed to this type of radiation in everyday life. We are only exposed to them when we need to be treated in the hospital.

So the only advice that I can possibly think of is to try and minimize the number of X-rays that you take for one particular injury. Unless the doctor strongly recommends it, keep them to a minimum.. period.

Non-ionizing radiation is present everywhere near us. We just can’t sit around and do nothing about it. if we can’t eliminate the ill effects, we can certainly take enough precautions to reduce them as far as possible.

If you can help it, choose a home that is far away from high-density power lines. Even if this involves significant inconveniences like increasing the commuting time to work or additional daily expenses, It is worthwhile to choose a relatively radiation-free zone.

By living close to power stations, you are putting yourself and your family at high risk. As weird as it may sound, it is worth giving serious thought.

Judicious Use Of Appliances

You don’t need a microwave oven to be kept on throughout the day. You don’t need your computer or laptop to be on even when it is not in use.

You don’t need Wi-Fi at night. So why should you subject yourself to EMF radiation exposure during this period?

Placing the cell phone over the ear to talk is more harmful than keeping it a few inches away. It is easy to get into the habit of using a handsfree set for communication.

Keep Cell Phones Away From Kids

Protect your children from the harmful effects of smartphones by imposing restrictions. And when you do let them use cell phones, ensure that they are in airplane mode.

Keep No Electronic Devices On In Your Bedroom While Sleeping

Research has shown that the use of devices which emit EMF radiation cause disturbed sleep cycles.

Keeping the cell phones out of the room, switching off the TV and other electronic devices in the room, will avoid unnecessary exposure to EMF radiations.

Whether electromagnetic radiations will kill you or not, that should not be your primary concern. Instead, you need to be worried about the well being of you and your family.

It is essential to know the health hazards of EMF radiations and take all precautions that are necessary to minimize the effect in our daily life.