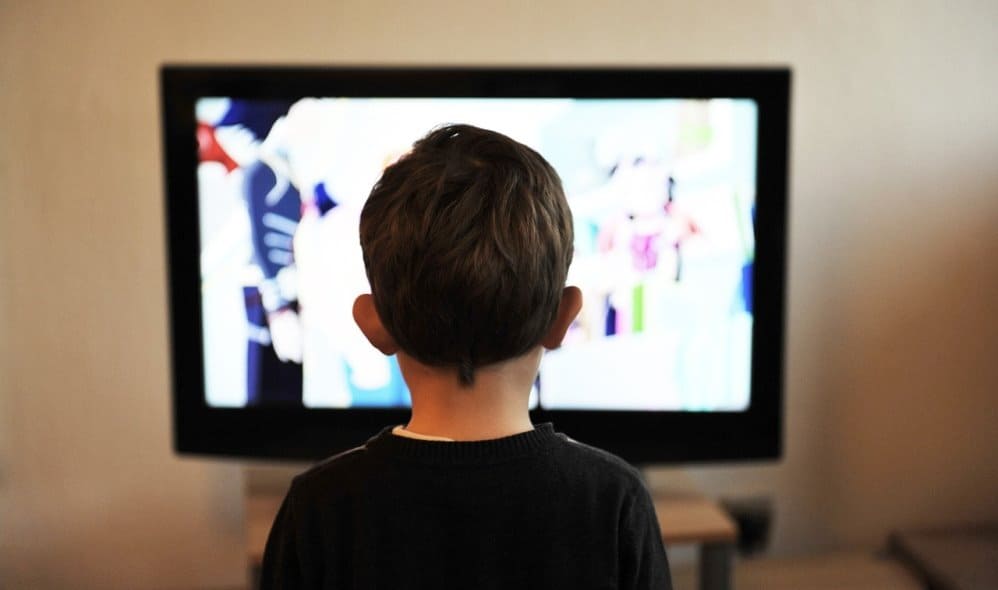 Few homes in America don’t include a TV, and many of them are smart TVs like my own. While we are sequestered in our homes and spending most of our time watching Netflix during this time, sometimes we do get the opportunity to get off the couch and move around a bit. While we know some radiation is emitted during use, is that the full picture?

Do smart TVs emit radiation when turned off? A smart TV does not emit radiation when off, but then again, a smart TV isn’t actually “off” when the screen is off. This is due to the fact that it is still connected, and communicating, to your WiFi network but the levels are minimal.

Although there is a small amount of radiation being emitted by your smart TV when it is off, I do want to look at what is causing the radiation, the different levels of it and how to prevent it.

While this is a scary world, especially with everything going on, gaining just a little bit of control can help to ease some fears by retaining some control in our lives.

Smart TVs, like cell phones , rely on that constant signal for total functionality and even things as simple as the clock requires it.

Although, in our world, we are still almost constantly in contact with a WiFi signal. Whether you are looking at your own WiFi network, that of your neighbor’s, or even your local big box store when you do a grocery run, WiFi is everywhere, even now.

To be honest, your cell phone actually emits more radiation on a regular basis than your smart TV does. The type of radiation that these types of electronics emit are EMF or Electromagnetic Fields.

EMF or ElectroMagnetic Fields are what is produced when electricity moves from one point to another. This phrasing is most commonly referenced on paranormal shows as they are trying to “measure the EMF or EM field” trying to determine if there are ghosts present in the area they are exploring or “investigating.” A high reading could mean either a ghost of wires.

When you look at the radiation that comes from things we keep in our home, things like phones, microwaves, and smart TVs, for example, you are looking at non-ionizing radiation. This type of radiation is not harmful (for most cases) in the short term but may lead to health issues in the long run.

The kind of radiation that can put you at immediate risk is called ionizing radiation, which is where nuclear radiation, X Rays, and even radiation therapy for fighting cancer comes from. This type of radiation can change the cells in your body and can kill you in high enough doses.

Radiation, like that used for fighting cancer, for example, can destroy your immune system.  Nuclear radiation, like that produced by power plants, can result in cancer or even death when exposed long enough or at a high enough level.

Radiation levels are measured in RADs, and that is how something is determined to be dangerous. 600 RADs are considered potentially dangerous, while 1,000 RADs is considered a lethal dose. 100 RADs is enough to make you sick, but not leave any long term effects, and this is in reference to a completely different kind of radiation, such as nuclear radiation.

When you consider the radiation that comes with a smart TV, you are looking at about 2 RADs. Keeping in mind that this is 2 RADs of non-ionizing radiation, it is not likely to affect you much especially considering the distance one usually maintains from the smart tv.

Ways to Prevent the Radiation

By the simple act of unplugging your smart TV, you can prevent any possible radiation whatsoever. When it comes to a smart TV, this is actually the only way to truly turn it off as the TV will still be connected to your WiFi even when the screen is off. Many of the functions of a smart TV rely on the WiFi connection to function.

By completely cutting the power to your TV, you are also cutting this connection, which eliminates the small amount of radiation, that is completely harmless, to begin with, from affecting you.

Turn off the WiFi

Now some smart TVs don’t seem to offer this option, but for those that do, you can just turn off the WiFi connection to your TV. This does, however, prevent a number of functions from being able to work on your TV.

Some functions of your smart TV do require the use of your WiFi, even some as simple as the clock on your TV needs a WiFi connection to be able to function properly.

Stay in a Different Room

The further you are away, the more the radiation is decreased. For every foot you are away from your TV, the radiation that is emitted is reduced by 75%, so just four feet away will reduce it to near zero anyway.

While a Faraday cage may seem like an extreme measure, and it is, it is also one way to ensure that you are not exposed to anything since neither electricity nor any type of WiFi signal can cross it. This is the exact reason that cell phones lose signal inside of certain box stores. If you accidentally drive or fly some type of RC into a Faraday cage, it will also lose that signal.

Basically, a Faraday cage is a box constructed with a conductive material, such as copper wiring, to completely contain whatever it is that you put inside of it. This will block any type of wireless signal, which includes both wifi and electrical.