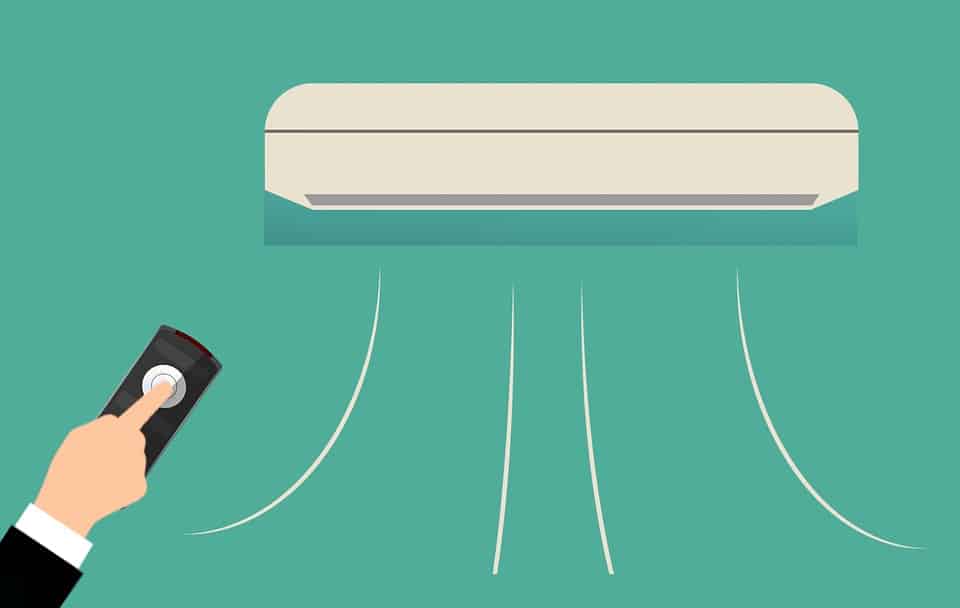 Air conditioners are a fundamental appliance in most homes, but have many people stopped to consider the EMF radiation they might emit? I decided to do a bit more research on the subject, as it’s quite an important topic for those sensitive to EMF radiation.

Along with knowing the causes of EMF radiation in air conditioners, it’s helpful to know the things you can do to block this from entering your home. These are some of the topics I cover in this article, so read on to find out more.

To understand how and why air conditioners emit radiation, it’s helpful to have some knowledge of their functions. Obviously, air conditioners are designed to cool air, but they also work as heating units and humidifiers. Not all models will necessarily have these functions, but most will.

Houses will generally have one or two actual air conditioning units, and then a series of vents to control the temperature throughout the home. Apartments, however, will often have individual (and smaller) air conditioning units for each property. It’s worth figuring out which is in your home, as this will indicate your exposure levels.

Unlike other home appliances, air conditioners usually run on normal mains power frequencies, either 50Hz or 60Hz depending on where you live. However, their potential for creating dirty electricity is quite high because of what they’re designed to do.

When set to cool, the air conditioner creates an electric field to operate the cooling unit. This is essentially the same technology that’s in a refrigerator, and requires quite a lot of power.

Similarly, when the unit is set to heat or humidify, it creates an electrical field as a result of powering the heating unit. I imagine most people are aware that heating units like hairdryer (RELATED ARTICLE), electrical kettle, etc. are some of the most electrically intensive devices in the home. And higher energy use often means greater amounts of EMF radiation.

However, it’s also worth noting that this EMF radiation is localized to the heating and cooling unit, and isn’t found in the vents. While it might be quite high levels of EMF radiation, if you only have a single cooling unit in your home, then most of the building should be out of range of the worst radiation.

That said, air conditioners are one of the worst offenders when it comes to appliances that emit radiation. Along with circuit breakers, WiFi routers, smart meters and computers, they’re on the list of devices you should do something about.

What to do about EMF radiation from your air conditioner

It’s perfectly reasonable that people want to find ways of limiting their exposure to EMF radiation. After all, not loads of research has been done on its health impacts, and it’s claimed to result in the following complications:

For this reason, it’s definitely worth doing something about the levels of electromagnetic radiation in homes. In general, it should hopefully help many people out there to feel generally more energetic and ready for everyday life.

The following are my top tips for reducing your exposure to EMF radiation from your air conditioning unit. If possible, combine several for the best results. Also, always do proper planning to make sure your solutions are actually solving the right problem.

Your first step should be to buy an EMF radiation meter. This will allow you to measure levels of radiation coming from your home appliances to make sure you’re working on the right ones.

The EMF meter I recommend is the Trifield TF2 (Amazon) because it does so much for the price. Read my review.

EMF radiation meters generally aren’t cheap, but they’re worth the money if you’re serious about this kind of project. Knowing more about levels of background radiation and those given off by your devices will make a massive difference when it comes to blocking this radiation in your home.

Before you start working on your air conditioner, take some readings around your home:

This might seem like an obvious suggestion, and sure, won’t always be possible, but the easiest way to avoid radiation is to just not use your air conditioner. If it’s not possible to keep it off all year, then only save it for the hottest and coldest days.

The other thing to consider is that air conditioners are one of the most energy intensive devices in your home. This is because they both heat and cool, which aren’t that easy to do. Also, it creates large fields of EMF radiation during the process because it’s not very efficient either.

From an environmental perspective, keeping your air conditioner turned off can be quite beneficial. After all, EMF radiation isn’t the only problem with an air conditioner; they also need to be powered. And that power has to come from somewhere.

Switching to a simple electric fan is definitely a more energy efficient option, as it doesn’t do any cooling. While this means you won’t get as cool, it also means that there won’t be such a massive EMF field emitted by the device.

3. Build a Faraday cage around the air conditioning unit

While there are Faraday cages available for use on air conditioning units, it’s pretty easy to build your own. All you need is some mesh made of a conductive metal (which most are). Then just build a cage big enough to house your condenser unit, and you’re basically done.

If you want to go one better, you can also add sound attenuation solutions to your Faraday cage. In short, this means soundproofing it. Considering air conditioning units can be pretty noisy, this is a good option if you’ve got the resources.

Any standard sound deadening material, such as mass loaded vinyl or rockwool, will be fine, but just remember to leave ventilation. Air conditioners can get pretty hot, so the last thing you want to do is create a fire hazard by enclosing them in a sealed box.

4. Do something to the thermostat

The thermostat for your air conditioner might not be much more than a dial wired to the system. Alternatively, particularly if you’ve got a newer system, it could be wireless. Either way, it’s probably worth doing something about it.

A wireless thermostat will obviously emit much more EMF radiation than a wired one, as it’ll be transmitting its information over radio frequencies. However, either way they’re electrical components, so will be giving off some radiation.

The best thing you can do here is to add another Faraday cage. In this case, I’d recommend buying one online because you’ll need the added functionality of being able to access the thermostat to change the temperature.

Also, in the case of a wireless thermostat, you’ll need a Faraday cage that lets through the relevant frequencies for the device to work while blocking everything else. This is the same as for WiFi routers, so make sure you look into this before buying.

It’s worth measuring readings from your thermostat before trying to do anything about them. After all, they might not be high enough to warrant any action, which will most likely be the case with an older thermostat.

This might seem like an obvious solution, but an alternative to installing any EMF blocking devices in your home is to just keep your distance from the device emitting it. If you live in a house with a single air conditioner unit, this shouldn’t be too difficult.

Again, the actual distance will depend entirely on the model of air conditioner you have in your home, as there isn’t a standard amount of radiation emitted. However, it’s fair to say that the most harmful frequencies of EMF radiation travel between 50cm and 1m from the device.

Test whether this is the case with your EMF radiation meter. This is why your earlier background readings were necessary: you can now use them to work out what’s a safe distance from your air conditioning unit.

Sure, this might not be possible in an apartment, but in that case you can just reorder your home to compensate for the distance. For example, don’t have an air conditioner in your bedroom, or at the very least, don’t run it while you’re in bed. 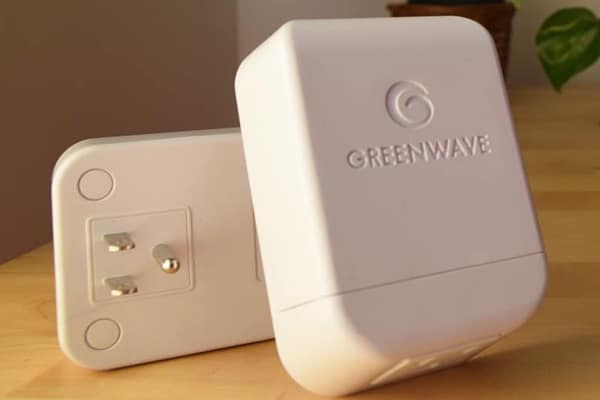 Dirty electricity definitely isn’t the main cause for concern when it comes to air conditioners. However, the devices are prone to producing it, particularly when they switch on and off, or between heating and cooling.

Dirty power is created by spikes and surges in the mains power. Most devices operate at the normal 50Hz or 60Hz, but this can change depending on what the device does. For example, a heating device might need more power to operate, or a phone charger might need much less.

The issue is that people who are sensitive to EMF radiation are quite susceptible to dirty electricity. If it reaches high enough frequencies it can leach out into the room, and can cause a number of health issues.

The best thing to do is install dirty electricity filters in your home. Essentially, these turn the dirty electricity back into usable frequencies, and then return it to the mains power supply. One leading manufacturer is Greenwave (check their website), but there are plenty of others around.

Read my review of the Greenwave filters which also includes a guide on the numbers required for a house.

Most manufacturers recommend 2 per room, or up to 5 if it’s a particular problem. You can measure this using a dirty electricity meter, which I’d recommend buying before spending on the actual filters. This way you can tell how bad the problem is and so decide how many you need.

If you’re looking for practical solutions to combat the EMF radiation emitted by your air conditioner, then I recommend starting by building a plan that’s relevant to you. After all, some solutions might be better than others. Just don’t forget to use your EMF radiation meter, as this is the most useful tool you’ll have for this job!

Thanks for reading! Check out all my recommendations for EMF protection.