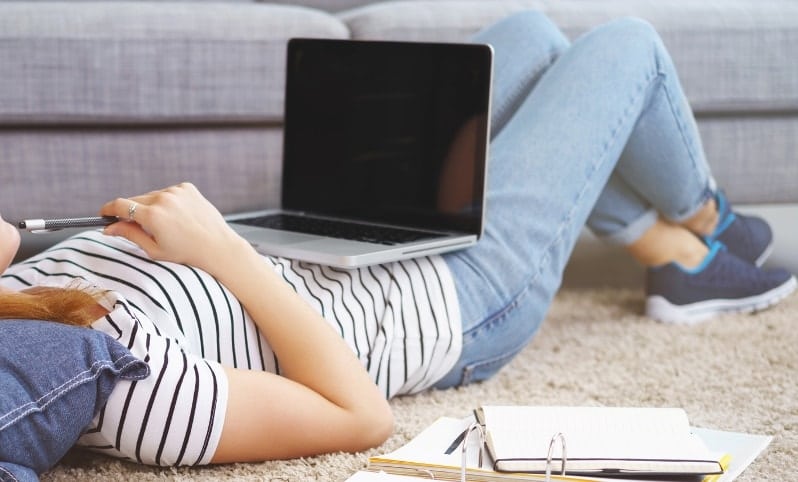 Are you by any chance into the habit of watching YouTube videos or browsing the internet while lying down with the laptop on your stomach? If so then you may want to read this article to know about the side effects of radiation emitted from laptops.

We know that for many years when the computers first came into existence, there was no choice but to place them on a hard surface like a table because of their large size.

Today laptops have become thinner, lighter and very comfortable to be used on the go. It’s a common sight to see employees work with laptops on the go while traveling on trains and buses.

All this is done with laptops placed on the lap. But there is also another habit which many people have developed thanks to the convenience modern day laptops provide, which is lying down and using the laptop while it is placed on the stomach.

I can tell you for sure that radiation from laptops placed on the stomach has the same side effects and hold the same risks that putting them on the lap has.

We will discuss these in detail later in the article.

Before I did any research on the subject, I always have the feeling that computers and laptops had some effect on the human body. I would get tired if I used them for hours at a stretch.

All modern day electronics including laptops emit EMF radiation of the non-ionized type which can be subclassified into two types;

Laptops emit extreme low-frequency radiation (ELF) when they use the energy of the components inside the laptop to perform their functions.

This includes the hard drive, processor, memory storage and other functions.

Overall, laptops emit up to 150 milliGauss radiation which is really high. The recommended safe level by medical specialists is 3 milliGauss. Now that is a concern for me.

Side Effects Of Radiation From Laptop Placed On The Stomach

Research over the past few years has indicated that all modern day devices emit non-ionizing radiation which is harmful and produces long-term health risks.

Some of the risks which are associated with laptops, in particular, are listed below.

The most prominent health hazard associated with laptops is male infertility. People use laptops mostly while they are placed on the lap or stomach. The proximity of EMF radiation which is directly transferred from the outer shell to the skin is dangerous.

A study was carried out by fertility and sterility in which normal sperm samples were placed near laptops connected with Wi-Fi for four hours. It was found that there was a decrease in sperm motility and increased sperm DNA fragmentation as a result. Another study in 2014 showed very similar results.

By placing laptops on the stomach, the risk of infertility in men caused by radiation is very high. The stomach or lap is the worst place that a male can place his laptop on.

The Risk to Unborn Babies 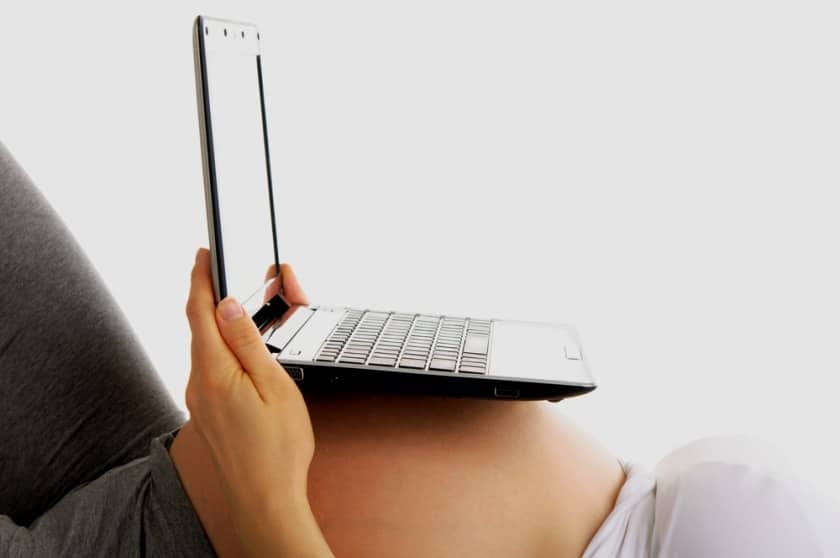 In a study which was carried out in 2013 and published on the omicsonline website, it was found that the usage of cell phones and computers increases the risk of miscarriages in pregnant women.

Just a year earlier, ScienceDirect had published an article in which it brought out that human beings in the developing stage are weak and very susceptible to EMF radiation.

Hence, embryos and fetuses are at high risk from the harm due to radiation emitted from cell phones and computers. Read my article on the effect of radiation on babies and children for more information.

So, expecting mothers should never place a laptop on the stomach as this is the most dangerous thing to do.

A study carried out by Dr. Martin Blank of Columbia University found that EMF radiation from laptops causes changes in DNA structure and DNA damage leading to an increased risk of cancer.

There are many more health risks associated with EMF radiation, but they are general and common to those that are emitted from all kind of modern-day gadgets such as cell phones, Wi-Fi routers, microwaves, etc.

Effect Of Heat From Laptops

It is not only the radiation that you need to be concerned about. Laptops generate large amounts of heat when in use and the heat generated is capable of causing damage to the tissues.

Studies have found that heat from laptops can lead to erythema ab igne, which is also known as toasted skin syndrome.

By placing the laptop on your stomach, if you are not careful enough, there is a strong possibility that you develop permanent reddish-brown skin pigmentation.

How To Protect Yourself From Laptop Radiation

Obviously, the stupidest advice would be to not use the laptop at all. but even for the purpose of listing, I would rule this out completely.

So what are the ways in which we can protect ourselves from the harmful effects of radiation emitted from laptops?

1. Do Not Place Them On Your Stomach Or Lap

You certainly don’t want the laptop to come in contact with any part of your body except for the hands and fingers.

We all need to use our laptops in the way they are designed for, that is on a hard surface such as a table or a computer desk.

2. Use the Wi-Fi Sparingly

Whenever the Wi-Fi router in the house is on, you are being exposed to EMF radiation. and when you’re sitting next to one connected to the internet through Wi-Fi, the exposure is much higher.

If the Wi-Fi is on and you are working on a word document which does not need to be connected to the internet, it is best to turn off the Wi-Fi on the laptop to avoid unnecessary exposure to EMF radiation.

3. Connect Your Laptop To Ethernet Cables

Doing away with a Wi-Fi connection to the laptop all together is one of the wisest steps that you can take in your effort to reduce EMF radiation.

The ethernet cable is just like the power cable of your laptop. Just plug it in, that ’s all you need to do. This is one step which I have taken in my house, and I am really proud of it. So I suggest that you go ahead and do this.

4. Use An EMF Shielding Device

Prevention measures as described above are no match for the benefits an EMF shielding device provides.

An EMF shielding device is a layer of protection which blocks all kinds of harmful radiation emitted from laptops. check out my top recommended laptop radiation shields.

A little investment will go a long way in protecting you and your family for years to come.

EMF radiations from laptops are very harmful. The heat generated is also a safety hazard.

So, it is best to stop placing your laptop on your lap and stomach. If this is unavoidable for any reason, using an EMF shield is the least you can do.

If you have children at home like me, be careful and make all efforts to minimize their exposure to the harmful effects of radiation emitted from laptops.

If you found this article helpful, go ahead and share it.