Debates are still raging as to whether or not consistent exposure to non-ionizing radiation is a serious concern for potential health issues.

Even so, we do know that wireless devices, and high-speed Wi-Fi routers, in particular, emit a constant barrage of RF (radio frequency) radiation. It’s unlikely that anyone is going to go back in time far enough to completely rid themselves of EMF (electromagnetic frequencies), so what’s the solution?

Because the wireless industry survives on the use of radio frequencies, providing low EMF solutions does not seem to be their priority. That said, there are two low-frequency EMF routers worth looking into:

In this article, we’ll discuss these three options, as well as some suggestions about using wired instead of Wi-Fi connections. But first, let’s review what EMF is, and why it’s concerning.

No, EMF isn’t some sort of texting lingo that teenagers use during cell phone conversations. Rather, EMF stands for Electromagnetic Frequency (or frequencies)

In general, exposure to non-ionizing waves is not currently considered a hazard to one’s health – unless the exposure is prolonged and frequent. (The emissions from your router come to mind, right?)

Ionizing waves are those that are known to be hazardous to one’s health. These are things like the ultra-violet rays the sun emits. We know that without proper precautions, those can lead to skin cancer.

Another example is the radiation associated with x-rays. This is why doctors limit the number of x-rays a patient is exposed to over a certain period of time.

Most of the EMF exposure that we deal with at home, and on a daily basis, fall into the non-ionizing zone. The questions you need to pose to yourself are:

How Far is Far Enough?

Studies are still being conducted on this topic, so there isn’t a definitive answer at this point. That said, it is known that non-ionizing radiation experiences an exponential decrease in its effect, the further away you are from it.

Every time you double your distance from the source of the radiation, you effectively reduce your exposure by four.

Even though you distance yourself from the radiation, you are still getting some level of exposure. The analysis you really want to do is: “how much radiation am I willing to be around on a daily basis?”

Before you quickly respond with “none,” ask yourself how much sunlight are you interested in getting as many days as possible?

In addition to the healthy vitamin D we get from the sun, we also get incredibly unhealthy ultraviolet rays. Calculated risks are part of our everyday life.

Being intentional about EMF exposure is something you do have control over. Just like you use a sunscreen with a specific SPF to block the UV rays from your skin, there are things you can do to block or reduce your EMF exposure.

1. Use a Low EMF Exposure Router

As we discussed at the beginning of this article, there aren’t many of them on the market, but these two are the best low EMF routers consistently touted by EMF consultants:

This plug-and-play router reduces Wi-Fi pulses and power of transmissions by up to 99%. Their website states that this router is a “Low Emissions, Low Radiation, Low RF, and Low Microwave level router.”

This company has three different router models. They are known for their ability to reduce the pulse frequencies from the Wi-Fi signals. Two of the routers also provide the option of emitting zero EMF emissions when there aren’t any wireless devices connected to the router.

2. Use an EMF Blocking Router Cage

The Large Wi-Fi Router Guard Cage allows you to use your existing router and still block up-to 90% of the EMF emissions coming from your router’s Wi-Fi signal. This particular model measures 12-inches long, 11 7/8-inches high, and 5 ½-inches wide and promises to fit the large Wi-Fi routers distributed by Comcast, Xfinity, ATT, and Uverse.

3. Use a Wired Ethernet Connection

Most EMF consultants will tell you that outside of not using electronics at all, the best thing you can do is to connect to an ethernet cable for your internet usage. This still comes with a warning, though.

There have been studies conducted that suggest that strong router signals can still travel across the outside of the ethernet cable resulting in EMI (Electromagnetic Interference).

EMI, also called “dirty electricity,” is still at the radio frequency level and is often created by high-speed modems as a result of ineffective wiring used in the construction of the building. If Power Over Ethernet (PoE) or Powerline Communication (PLC) wires were used, you can experience EMI even when you use a wired ethernet connection.

To combat this, you can use a Dirty Electricity filter to interrupt the EMI before it gets to your connected, wired device. An example of this is the Greenwave filter. Check out my review.

4. Use a Slower Internet Connection

The faster the speed and stronger the strength of your internet connection, the more EMF, you and your family are exposed to. If you can stomach it, resist the compulsion to have the strongest and fastest internet connection available.

5. Turn Your Devices to Airplane Mode

When you move your device to airplane mode, you are essentially turning the Wi-Fi and Bluetooth off. This will prevent higher levels of EMF emissions.

7. Turn Your Router’s Wi-Fi Off When You’re Not Using It

This one may get a bit tricky, considering that most modern televisions use both Bluetooth and internet connectivity to provide their full range of services.

If, at a minimum, you can turn the Wi-Fi signal off while everyone in your household is sleeping, you’re bound to get a better night’s rest. Even if the router is not in the same room as you, remember that your signal travels through the building’s walls and floors.

Check out my article on how to do this.

In fact, when you log onto your internet connection, do you often see multiple options? The chances are that you are also experiencing emissions from your neighbors. And they from yours.

As part of the parental control feature, some more current routers will allow you to schedule them for when the Wi-Fi is and isn’t on. If your router doesn’t have this type of option, an easy solution is to add a timer that you can plug it into.

Something basic like the GE 24-Hour Heavy Duty Indoor Plug-in Mechanical Timer that retails for about $7.80 could be the answer you’re looking for.

EMF Levels that are Considered Reasonable

It’s important to remember that almost all of the EMF exposure you get on a daily basis is man-made. In other words, it isn’t natural, and your body wasn’t intended to have to deal with it. Even so, it doesn’t mean that managed exposure to non-ionized radiation will have a life-threatening effect on your health.

Like sun exposure, it is important to note that EMF exposure is cumulative over time.

The WHO (World Health Organization) has a group called the International Commission on Non-Ionizing Radiation Protection (ICNIRP) that has set levels of safety standards relating to EMF exposure. Countries have taken that information and applied them to their individualized guidelines.

Most countries have taken a fairly homogenous approach to the guidelines. There are a few outliers that are both more liberal and more conservative in their approach to RF (Radio Frequency) Safety.

That information is fine, but how do you know what your actual exposure level is?

If you’re interested in checking on your EMF exposure, there are several meters you can get to determine your exposure.

The first thing you need to keep in mind is that you’re actually interested in your RF (radio frequency) radiation exposure. These are typically referred to as ELFs (extremely low frequencies), meaning that they are at the low end of the radiation spectrum.

RF is usually measured in terms of hertz (Hz). One EMF expert has suggested that the following measurements are considered to be high for three different types of EMF radiation:

As mentioned earlier in the article, scientists don’t have enough data to know the exact long-term negative effects on human physiology from Radio Frequency radiation exposure.

Scientists have learned that some people are more sensitive to electromagnetic fields than others. Some have reported hearing radio programs in the air – without a radio.

There are a few concerns that seem to consistently arise when these patients discuss their symptoms.

Note: This is not intended to provide any type of diagnosis or to provide any medical advice. This is simply topical information provided as part of an ongoing conversation.

People have reported that they don’t sleep well and seem to be unable to enter into critical REM rest. Without this important sleep-cycle phase, people can experience health, emotional, and/or psychological challenges.

Outside of the normal aging process, individuals have complained of confusion and being unable to call forward specific information from their memory.

What You Can Do About It

In addition to turning your devices off, which was already covered earlier in this article, there are a few other steps you can take to help minimize your exposure to RF radiation.

Do not take your electronics into your bedroom.

Studies have shown that the emissions from various electronics disturb sleep cycles. If you are able, leave your cell phone and tablet off and away from your bedroom. This may be challenging since most people use their mobile devices as their primary or only source of contact, but at a minimum, put the device(s) as far away from your bed as possible.

Use the speakerphone option.

It’s true. Nobody wants to hear your conversations, and it’s likely you don’t want them to either.

This step will require you to be very intentional about when you use your wireless communication devices – not only your phone but also your Bluetooth headpieces. It will limit the amount of exposure you are placing at your head (or you could read that as… brain).

Turn electronics off one hour before bed.

Eliminating your exposure to the “blue light” used in the LED screens will help your brain prepare for sleep.

Go Ahead and Live Your Life

Here’s the thing… you have a life to live, and for most of the world, not using electronics in everyday work and personal life just isn’t an option.

What you can do is be aware of your exposure, make intentional choices as to how and when you’re around RF radiation, and how you can reduce your exposure, and enjoy the life you have to live. 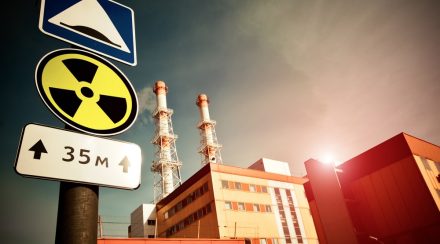 Is Radiation the Same as EMF? The Physics Explained
Categories: Education