The popularity of anti-radiation phone cases has been in constant flux over the past several years. Many people believe that these cases are much-needed protective cell phone accessories everyone should own while others are skeptical about their effectiveness or importance.

However, the relationship between risks of exposure to cell phone radiation and the efficacy of anti-radiation cell phones has been a debated topic.

First, let’s talk about what an anti-radiation phone case is intended to do, and then we can dive into whether or not you need to be protected from cell phone radiation in the first place.

Companies that sell anti-radiation phone cases are careful to make highly specific claims about what their cases can do for consumers. These cases, which are made of ceramic or metal material, are intended to block your exposure to radiation emitted from the cell phone.

These companies often state that their cases block “up to 99% of the potentially harmful radiation emitted from our mobile devices.” 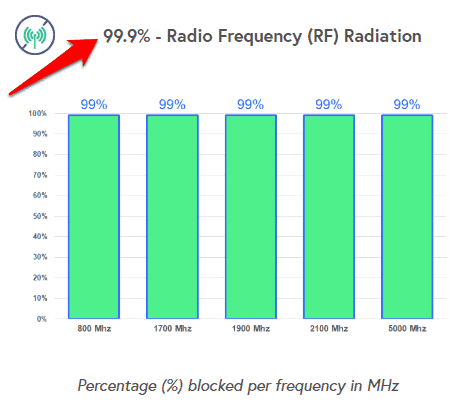 The materials that these cases are constructed with are effective at shielding from radiation. Nowadays, many people own smartphones, which produce higher levels of radiation compared to the amount emitted from older cell phones. Additionally, these phones are controlled via their front-facing touchscreens, which have to be left uncovered no matter what type of case is put on the phone.

Over the years, many bloggers and journalists have tested the claims of companies selling these products. They have found that these cases reliably reduce the amount of radiation emitted.

Check out my top 5 picks for anti-radiation cell phone cases.

How Normal Cell Phone Cases Can Potentially Increase Your Exposure

A study conducted by the FCC in 2012 found that multiple models of cell phone cases raised the amount of radiofrequency rays absorbed by the human body by 20% to 70%.

What was causing these results is that these cases, chosen for the study based on their thickness and material, were blocking the connection between the cell phones’ antennae and nearby cell towers.

As a result, the signal received by the cell phones was weakened, which causes the energy from the rays to be absorbed by surrounding objects, including a consumer’s body, instead of reaching the cell tower and cell phone antenna when signals were sent in either direction.

Not only did this increase rates of cell phone radiation exposure, using thick cases with metallic components was found to drain smartphone batteries faster because the phones had to effectively “work harder” to maintain the same wireless connectivity.

Given that normal cell phone cases can increase your exposure, the importance of getting a genuine anti-radiation case cannot be overemphasized.

Check out the tested ones I recommend.

Cases that are made to specifically be marketed as anti-radiation cases but are actually not, can be even worse when it comes to increasing your exposure to cell phone radiation. That’s because many of these cases can act as strong barriers between cell phone antennae and cell phone signals.

Common Concerns About the Effects of Cell Phone Radiation

Due to the over 400 million cell phone users in the U.S. as of 2017 and the widespread integration of smartphones into everyday life, Americans are exposed to cell phone radiation at an ever-increasing rate.

According to the National Cancer Institute, common health concerns surrounding this issue center on the way that cell phones send and receive signals, as “cell phones emit radiofrequency radiation (radio wave), a form of non-ionizing radiation, from their antennas. Part of the body nearest to the antenna can absorb this energy.”

Check out my article on cell phone radiation protection.

Past Research on the Effects of Cell Phone Radiation 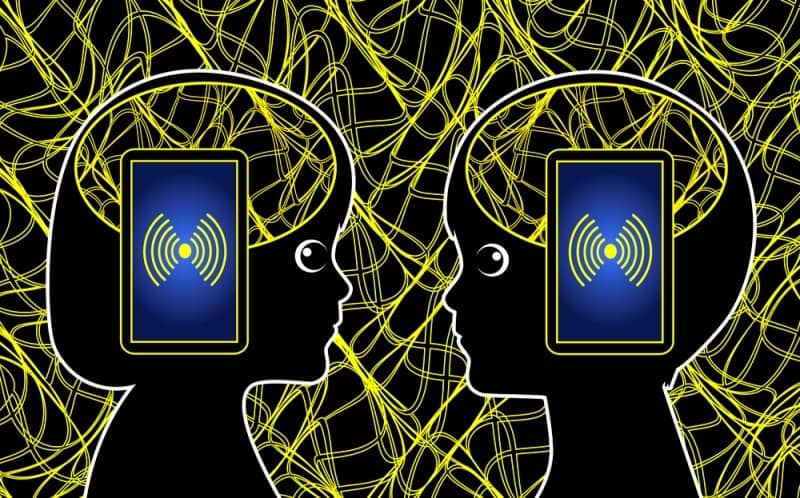 There have been several studies in the history of biomedical research into the health effects of cell phone radiation exposure that have contributed to public concern about this topic.

The results of this study showed a connection between a specific type of brain cancer and the highest levels of cell phone use. This study is one of the significant sources of continuing concern about cell phone radiation.

A number of organizations that are authorities in the medical field have concluded that the potential risks of cell phone radiation exposure can’t be dismissed. These organizations include:

At the same time, other institutions like the U.S. Food and Drug Administration (FCC), the Centers for Disease Control and Prevention (CDC), and the Federal Communications Commission (FCC) have not found a conclusive link.

Ongoing Research into the Effects of Cell Phone Radiation

Currently, a massive long-term study called COSMOS (which stands for Cohort Study of Mobile Phone Use and Health) is being undertaken. This study, which began in 2010, is taking a much more detailed and lengthy approach to this research topic than previous studies.

Not only has the study already enrolled almost 300,000 participants, but the study is also intended to track the health status and cell phone use of these people for two to three decades. The study’s survey asks those enrolled to provide details about their health and their cell phone use habits.

Although all the evidence from this study won’t be available until at least 2040, hopefully, initial results will provide some more clarity on this issue and allow experts to find a conclusive answer on the health risks associated.

Research into Exposure Rays from Other Devices

The radiofrequency waves that cell phone antennas produce on are one type of electromagnetic radiation, and there has been extensive research into several other radiation waves that we are exposed to every day. Overall there are two types: ionizing and non-ionizing.

Ionizing radiation has a high level of energy and comes from devices like X-rays machines. You’ve likely already heard that repeated exposure to X-rays, such as at the doctor or dentist, comes with health risks.

That’s why professionals regularly around X-rays wear protective gear while performing them on patients. The repeated potential for exposure means they have to be careful to avoid absorbing excessive amounts of ionizing radiation throughout their career, while research into the risks of exposure to ionizing rays has given fairly conclusive guidelines into exposure mitigation protocols.

Cell phone radiation belongs to the second category or rays, non-ionizing. Non-ionizing rays have much lower energy than ionizing rays, and we’re exposed to several forms of these low-power rays every day, from microwaves in our kitchens, radios in our cars, and the WiFI routers and televisions in homes, businesses, and schools.

Much like cell phones, all these other devices that emit non-ionizing radiation have also been tested in research examining the potential risk of our constant exposure to the low-power rays they emit.

So far, there haven’t been any research results indicating that any devices that emit non-ionizing risk pose a conclusive health risk but there are some that state that there are long term effects.

What Experts Recommend You Should Do to Minimize Exposure

According to the FDA, if you want to limit your exposure, you should mainly be focused on moderating the amount of time that you spend with your cell phone up to your ear. The best ways that they suggest that you can reduce your exposure to cell phone radiation is to:

Landlines have steeply declined in use and are well on their way to being an extinct technology. In the U.S., landlines have gone from being in 92.7% of households in 2004 to only 41.7% as of 2018, so they’re not necessarily a method of exposure mitigation that you can count on for the long-term.

In contrast, Bluetooth headphones are becoming increasingly popular, especially since Apple removed the 3mm headphone jack on their newer iPhones.

The company’s AirPods, which come with built-in microphones and the ability to answer calls, as well as their many (much cheaper) dupes online, are the trendy, modern-day answer to the old-school Bluetooth device.

There are some habits that doctors have recommended consumers engage in to reduce their lifetime exposure to radiation from technological devices.

These range from simple changes in how you carry your phone to ones including:

When considering adopting these habits, you might be thinking that it would just be easier to find an effective anti-radiation phone case and get similar results with a lot less effort.

While scientists further investigate and look for evidence on the causal link between cell phone use and health risks, it doesn’t seem like a bad idea to invest in a good anti-radiation case that can be useful.

If you do decide to explore the anti-radiation phone cases out there, consider looking into the numerous thorough reviews online that people have conducted into how different effective models on the market truly are.