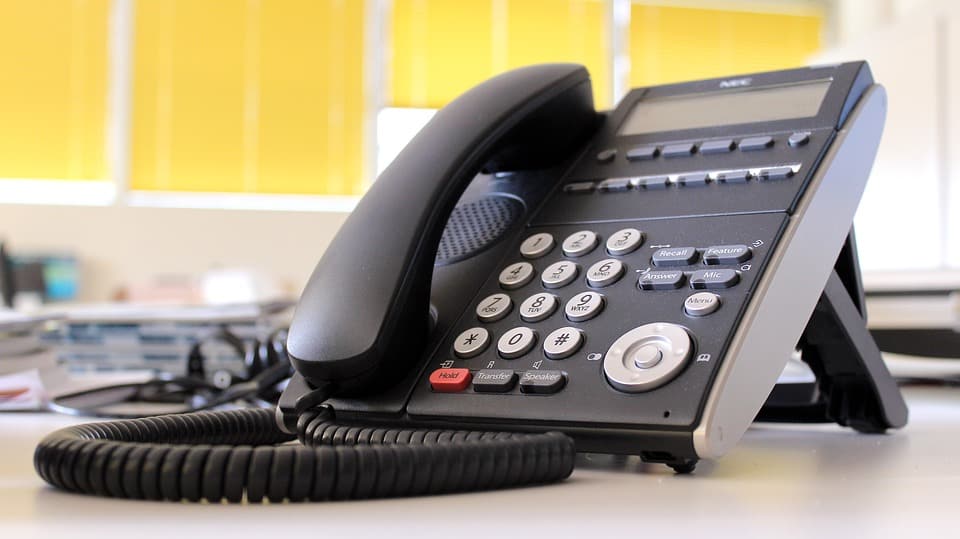 In the digital age, more than half of us have relinquished our landline phones in favor of a smartphone. The older generations may still prefer landlines, but younger households are primarily wireless. In terms of radio frequency radiation, who is better off?

Do corded phones emit radiation? Corded phones don’t give off any EMF radiation, unlike their cordless and cell counterparts. A landline situated in your household has the potential to keep you and your family free of illnesses that can reveal themselves in the future through the use of a cord or smartphone. Our wireless devices, however, do expose us to radiation.

While a corded household phone is not going to win any favor among the teenagers in the home, kids need to be given some education as to the repercussions of the cordless and cell phones.

Most kids don’t want to hear mom and dad speaking on the dangers of societal choices; that’s a fact. But rather than tell them, show them effects, pictures, proof that will affect them. No child wants a lecture, but kids listen up when there is something to back it.

Radiations from Phone Types: Corded vs. Cordless vs. Wireless

Cordless phones are not to be confused with a valid landline phone despite the fact that they are both connected to a phone jack. Believe it or not, most cordless options will emit more electromagnetic radiation than that of a cell phone.

An actual landline needs no frequency or electrical outlet (RELATED ARTICLE) to be plugged in, meaning there is no RF radiation. The added benefit with a landline is its ability to operate in an emergent situation because there is no power requirement for functionality.

Speaking strictly of safety, every household needs a corded landline. When you are home, any cell phone should be forwarded to that landline as a preferred choice for voice conversations while in the house for health safety precautions.

How to Reduce Your Exposure to Radiation from Devices at Home

You should reduce the exposure that you have to the radiation by increasing the amount of distance being emitted from the devices you’re using and your body.

It may sound ridiculous and impossible to tell you to keep the cell phone away from your body, but the recommendation is, when using a cell phone, keep it as far away from your body as possible and speak through the speakerphone. The idea is to eliminate as many sources of radiation as you possibly can in favor of safe corded varieties.

The airplane mode or flight mode will stop microwave radiation emissions. These devices should always be placed on a table-top or desk or counter and never be used on someone’s lap.

It’s essential to always plan well ahead of time when going on any kind of road trip that the need for wireless devices is not necessary to avoid any safety hazards.

Many devices offer the ability to track your weekly usage. Take advantage of this feature and note how often you are engaging in wireless activity. Try reducing your time each week by using a landline, moving to a PC – or even visiting someone in person! Little by little, you can whittle that number down.

As mentioned above, if you use your desktop for things that it can do, you’ll be taking yourself off of the wireless phone for a bit. Every minute counts.

Note: Many manufactures indicate that violation of their guidance has the potential to violate the federal government’s radiation exposure limit. Going beyond the limits results in the absorption of thermal levels of microwave radiation, which can result in burns, sterility, or potentially brain damage.

Two Steps Forward – and One Step Back?

Technology dictates that our wireless devices are taking us into the future, and this is the way of the modern world. These are meant for progression and benefit to jobs, the betterment of living in our homes, and our overall lifestyle. And now we’re being told that these devices are contributing to serious diseases. It’s time to take precautions seriously and use our devices wisely.

As we continually move into the future, the old-school methods that were so prominent in the age of our ancestors that worked and made no one sick keep showing up. They may turn out to be the best answer above and beyond the constant advances we are used to today. The adage of our great grandparents ‘if it’s not broke, don’t fix it’ is ringing true now.

Mobile and wireless are important – but they don’t need to be used in every instance, for every use they are capable of.

Bring Back Your Corded Phone!

They may be simplistic, they may be archaic, but corded phones aren’t killing us. The radiation and cancer and the disease are coming from the new-age devices.

Some say we may be advancing ourselves to death. We don’t have to go “backward,” but perhaps it is time to reconsider how often we use our cordless devices and how they are often “attached” to us.

For optimum protection against radiation, the best way to use a cell phone is to power it off and use a landline.

Corded tech connections are so much safer and healthier than their cordless alternatives, and you should be sure that you have those options at your disposal.

Keep your time in the wireless arena at a minimum and help your friends to understand that philosophy so that everyone has the potential to be safe.