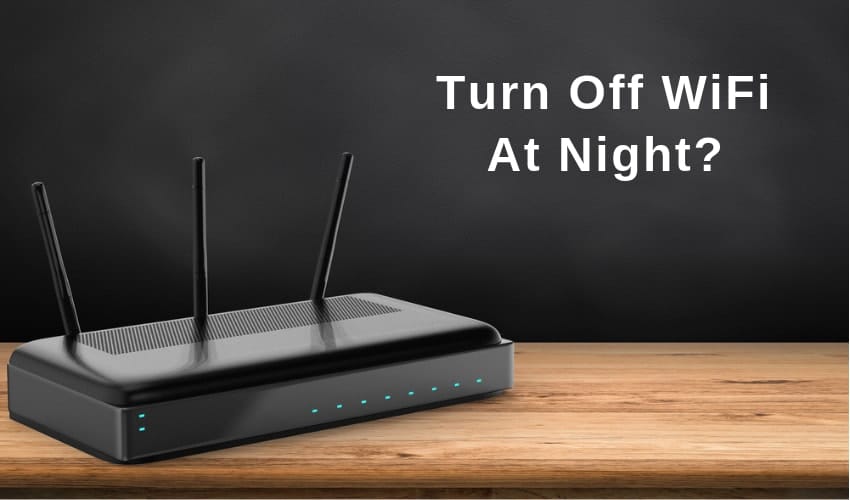 Welcome to the 21st century where everything you do is with the touch of one button.

WiFi connection and usage has come to stay. In most homes today, WiFi connection is a way of life, and it’s becoming difficult for people to avoid using it.

The introduction of WiFi has made things a lot easier for homeowners as against the use of cables. With WiFi, you can monitor your children, turn on the coffee machine, turn on electronic gadgets, etc. But have we thought about the harmful effects of this technology?

The WiFi coming from your home router that connects all your devices performs this task through EMF radiation called Radio Frequency. The radio frequency that provides internet service to you seems to be extremely dangerous especially when you are exposed to it in large doses.

There are two significant opinions concerning the effects of exposure to radio frequency might have on you. One part believes WiFi connection and usage is completely safe with no adverse impact over time. I like to call these believers ‘the smart and techy ones’. They enjoy and love the idea of a house with everything running via WiFi.

The second believers think that prolonged exposure to radio frequency is harmful to all living things. These believers, if they have their way, will build a Faraday Cage around themselves forever.

Well, since it’s not hundred percent scientifically proven which opinion is wrong or right, my belief is the truth is somewhere in the middle.

Effects of WiFi on Humans

One of the primary reasons why researchers have not concluded on the effect of WiFi relates to the fact that radiation from WiFi doesn’t cause immediate diagnosable illness. Therefore, a lot of us will choose to ignore any effect using it might have.

Continuous exposure to radio frequency might interfere with our bodily functions causing diseases like cancer and neuro-degenerative diseases over time.

Because these diseases develop over time, it’s difficult to conclude or say that the level of exposure to the wireless signal causes them.

The article by Lancet outlining their considerations stated by IARC shows epidemiological studies that kept track of humans who use WiFi and cell phones for a short brief period decisive.

However, studies that monitored the rodent animals throughout their lifetime discovered that wireless radiation might cause cancer or worsen cancer prognosis.

The same studies on animals also observed other changes in the brain and the blood-brain barrier of animals exposed to the radiation.

Due to how limited the evidence on the subject matter is, some regulators are claiming that this type of radiation is not harmful.

Children and developing fetuses are more susceptible to radiation attacks because of their small and growing bodies. I would say it’s better to err on the side of caution.

How to Minimize the Effect of WiFi Exposure

The first step to reducing the risk of exposure is to reduce usage to the barest minimum; at least till we can be sure of the long-term effects.

The people I call ‘smart and techy’ might frown at how WiFi exposure can be of any harm, but remember, people once thought smoking was healthy with no side effect.

There are many options to reduce exposure to WiFi without entirely cutting yourself off from the world at large. These options are listed below:

1. Turn It Off Before Going To Bed

By deciding to turn off WiFi at night, you are reducing your exposure by 33%. When asleep, WiFi signals may affect brain activity.

It’s a good idea to turn it off at night as it allows you to rest better and makes you available to your family. A lot of people prefer browsing at night; having a curfew will improve your family life.

A lot of routers come with a provision that allows users to shut off connections automatically and power back up at their convenience. This feature is useful to you if you decide to turn off before going to bed.

2. Power Up Routers Only When Needed

Deciding to power up your router only when you need to will minimize your exposure to just a few hours every day. Giving up WiFi for the most part of the day and only connecting some devices when necessary is a better option for you and your family.

Deciding to give up wireless usage entirely is the best option. Do you think it’s impossible? It’s very achievable and will reduce your risk concerning health issues.

The hardwiring option gives you a consistent and faster internet connection. This method requires a lot of work and might not work for everyone, but it’s worth giving it a shot.

For the hardware set up, you would need;

You would also need wired external keyboards and mice in place of wireless ones to lessen the effect of exposure to electromagnetic radiation.

The final step is to get the help of a professional to help you set up if you are not a techy person.

4. Hold Up On Upgrading To Smart Homes

These devices use wireless technologies that make life easy, right, but we are not sure about the long-term effect associated with the use of these modern technologies.

Devices such as our cell phones and tablets produce electromagnetic frequency when connected. Because we tend to use such gadgets for extended periods and at a range too close to our bodies, the level of exposure can be very high.

It’s important to switch your device to airplane mode when not in use, especially around children. In this article, I talk about the airplane mode and its benefits in detail.

Health Risks Of Not Turning Off Your Wifi At Night

Now, let’s analyze the health risks of not turning off your WiFi connection before you go to bed.

1. Wifi Can Cause Insomnia

If sleeping at night is a problem or you are suffering from lack of adequate sleep, check your WiFi. It might just be the cause.

Homeowners who use WiFi frequently before hitting the sack are likely to have insomnia. Exposure to EMF radiation from WiFi connections has shown a tendency to affect sleep pattern.

Continuous exposure might lead to other problems associated with lack of adequate rest such as hypertension and depression.

2. Wifi And Your Child’s Development

Research has shown that radiation from WiFi networks can affect your developing fetus negatively in the womb and also cause impairment in the growth of a young child.

Exposure to EMF radiation might cause asthma and obesity in young children that can compromise the health of the child.

The impact of EMF radiation on a developing fetus was not taken into consideration by safety standards. Read my article on effect of WiFi on babies and children.

The plants exposed to radiation never grew while the plants in the controlled environment (WiFi -free) flourished. This result is spot on, confirming the scientific study of how EMF radiation can damage cells.

Scientific study has shown that exposure to EMF radiation can lessen brain activity.

Exposure to EMF radiation emitted from WiFi can cause fertility problems in both men and women.

For men, exposure can cause DNA defragmentation in the quality of sperm cells and reduce sperm mobility. The heat emitted by laptops might outrightly kill sperm cells.

For women, exposure to EMF radiation can stop egg implantation in the womb and even lead to abnormal pregnancy.

6. Increases The Risk For Cancer

Radiations from cell phones and WiFi cause this disease. People who have a high level of exposure to EMF radiation are prone to cancer development, but it doesn’t mean people who are not as exposed are not at risk also.

Little doses of EMF radiation now might not affect you, but it may manifest after long-term exposure.

Exposure to EMF radiation from WiFi can increase the heart rate in a healthy person or cause erratic heart rate in delicate individuals which can be fatal.

How To Power Down Your Wifi At Night

Turning off your WiFi at night is not a complicated procedure, depending on your choice of connection.

1. Use A Mechanical Timer On Your Router 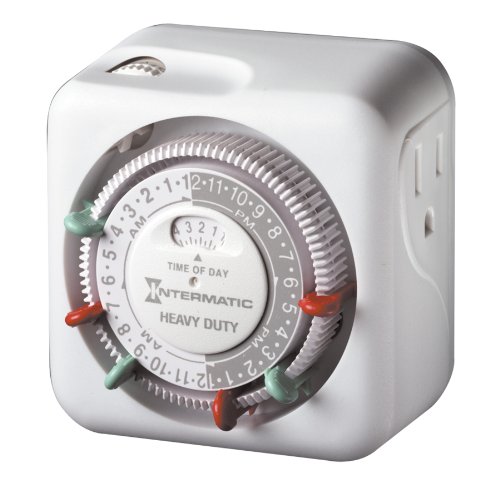 This method is easy and cost-effective. It is useful in reducing EMF radiation. What you need to do is purchase an automatic outlet timer for your router.

The timer is entirely automated, does not produce radiation or require electricity and can easily be found on Amazon.

After you get one for yourself, set the time you want the router to go off and when you want it to come back on.

This method is effective and inexpensive. It also ensures a reduction in EMF radiation when you are asleep.

Timing your router is an efficient and effective method to reduce WiFi exposure but the procedure requires more technical knowledge.

Some routers come with the function of disabling WiFi on schedule. Using a timer is the perfect way to disable your router at night especially if you have kids using it till late into the night. Your password protects this setting and ensures nothing disrupts your schedule.

The reason behind this is to introduce the use of ethernet cables into your home. It’s a form of hardware device connected to your router. This way, you restrict WiFi usage to only visitors.

How To Reduce The Harmful Effects Caused By Wifi Exposure

It may seem almost impossible to eliminate exposure especially for individuals who work or live in the city. In addition to ways you can reduce WiFi exposure, there are other ways to mitigate harmful effects.

Dirty electricity arises when electronic appliances need to manipulate the electric currents into the setup and voltage that the devices require. It can lead to electrical surges throughout the wiring system.

Electronic devices such as WiFi Routers, phone chargers, and computers all produce dirty electricity, which can be a vital source of harmful electromagnetic frequencies (EMF) in the building.

To lessen this effect, consider installing dirty electricity filters on channels throughout the home and work environment.

Read about my top recommendations for dirty electricity filters.

Wireless devices produce unhealthy positive ions and also affect the waves in our bodies, such as our brain waves and the electrical system that coordinates our cells.

Earthing allows the positive ions in our bodies equalize with negative ions from earth, which can alleviate the harmful effects of EMFs.