The human race has become so dependent on the convenience of Wi-Fi that it can be found anywhere. We are slowly realizing, amongst great debate, that Wi-Fi and other forms of electromagnetic radiation are harmful.

What is the effect of wifi on babies? Are they harmful or safe? These are some questions people would like answered especially expecting mothers or parents with newborns.

There are many studies which have concluded that EMF radiations are harmful to human beings. Babies and children, in particular, are at the highest risk because their bodies are small and are in the developing stages.

In this post, we shall look at wifi radiation in particular even though all forms of electromagnetic radiations are harmful.

Why Wifi Radiations Are A Concern

Wifi radiations need particular attention because it is tough to eliminate the exposures that we are subjected to. It is everywhere, in homes, in coffee shops, at airports and you name it.

Even at home, if you turn off the wifi, it is of no use because neighbor’s wifi is on. In apartments, wifi signals are coming from every house, and the exposure levels are even higher. How can you escape from wifi radiation in today’s world?

It is known that Wifi radiation can penetrate walls. That is why you’re able to get a wifi signal in the other room, and that is why your phone or laptop can catch the signal of the neighbor’s wifi.

Logically wifi radiations penetrate our bodies as well. The harm it actually causes has not been understood until now. There are many rodent studies which have been carried out like this one, but the problem is, nothing conclusive has come out on the effect on humans even though there have been studies to indicate that EMF radiations are indeed harmful strongly.

ELF radiations, in particular, are so low in intensity that its effects can only be realized after many years when more and more people are affected by it. As of today, the numbers related to health ailments associated with EMF radiations are, and with such small amounts, it cannot be proved that EMF is the cause.

Are Wifi Radiations Harmful To Babies?

We all had grown up in times when there were no cell phones and wifi for a large part of our lives. Today, a baby is exposed right from the time it is in the womb. Shortly after a baby is born, the parents click photos and upload them on WhatsApp. And the journey of the baby in this world commences right from the word go.

Among the many health hazards of EMF radiation that studies have revealed, the risk of brain tumor is the most we need to be concerned about as far as babies and children are involved.

The brain of a baby or child is so small, and yet it is exposed to the same amount of radiation as an adult does. What will the effects be after forty or fifty years because of this 24/7 exposure to EMF radiation?

WebMD has brought out the findings of a review of several studies on the effect of microwave radiations on children and unborn babies. The review was published by L. Lloyd Morgan, senior science fellow at Environmental Health Trust, and colleagues in the Journal of Microscopy and Ultrastructure.

The review brought out from the studies that children absorb more EMF radiations as compared to adults. So; it is assumed that they will suffer from health hazards associated with it at an early stage in their lives.

Fetuses, in particular, were found to be very vulnerable as radiations can degrade the sheath surrounding brain neurons.

The Risk to Unborn Babies During Pregnancies

ScienceDirect had published an article in 2011 on ‘Risk of Radiation Exposure to Children and Their Mothers’. The article brought out that the developing beings are very sensitive to radiations and are vulnerable to health hazards. Hence, embryos and fetuses are at the highest risk of being harmed by EMF radiations.

In 2012, a Stanford study was carried out on unborn babies who were exposed to high levels of EMF radiation while being in their mothers’ wombs. It was found that babies were at 69 percent more risk for developing weight-related problems and obesity as compared to babies who were exposed to lower levels of radiation. It was also observed that this risk kept on increasing as the EMF exposure levels increased.

Another study in 2013 titled ‘Lifestyle Risk Factors Associated with Threatened Miscarriage: A Case-Control Study’ revealed the increased risk of miscarriages attributed to the use of cell phones and computers.

There are many other studies which have supported the belief that there are severe risks of EMF radiation on pregnant women like this one about asthma.

How To Reduce The Risks TO Babies And Children

Notwithstanding all the alarming findings from studies that have been carried out all across the world in the past eight years or so, there are babies born every day and most if not all are exposed to EMF radiation right from the time they are in the womb.

Not all of these babies show symptoms of the health hazards that are associated with EMF radiations. However, there is no guarantee that some amount of damage has not already done.

For parents who are expecting a child or the ones that have babies or toddlers, it is essential to take precautions right away so that they do not suffer in the long run.

My advice to expecting ladies out there is that the day you find that you are pregnant, make it a point to have a discussion with your husband or partner on this issue. From then onwards be conscious of the presence of cell phones and routers near you.

The router should be as far from you as possible during most times of your pregnancy. I would like to mention again my favorite Inverse Square Law which is a formidable weapon against fighting the ill effects of electromagnetic radiation.

In my article, I had covered how even increasing the distance by one foot from the source of EMF radiation can have significant benefits in reducing exposure levels. If you have an upstairs bedroom, then it would be a great idea to have the router in that bedroom which you don’t often go.

We have got into the habit of keeping the router on throughout the day, 24/7. Wi-Fi has become so convenient in giving us access to the web from any room and device instantly.

But now we have to wake up and smell the coffee. Our habits on the usage of Wi-Fi cell phones and appliances are putting our families at high risk, especially or children. We need to keep the operation of the routers to a minimum.

I would go as far as suggesting to entirely do away with Wi-Fi and start using cables to connect devices with the modems through cabling physically. While this may not be altogether practical but if you limit the number of devices connected to the Wi-Fi network, the amount of EMF radiations affecting our bodies will reduce.

Say No To Cell Phones

For the next nine months treat cell phones as your biggest enemy. Even cordless phones emit electromagnetic radiations. So, the best form of communication for you would be a fixed telephone till the time your baby is born.

It may appear really difficult in the beginning to give up your cell phone, to not be able to check your messages or watch youtube videos when you wake up in the morning. But remember the old days when all these things were not there, and yet we didn’t feel the need for them.

You will need to be that person again to keep your baby safe.

After Your Baby Is Born

For the first few months after your baby is born, you will still need to follow the restrictions which I have listed above.

The first few months are critical because your baby is physically frail during these stages. After about six months or so, you can gradually start becoming a human again, but you still need to be careful.

It is unfortunate but true that we will have to make changes in our lives to reduce the exposure to EMF radiation as long as we have children at home. 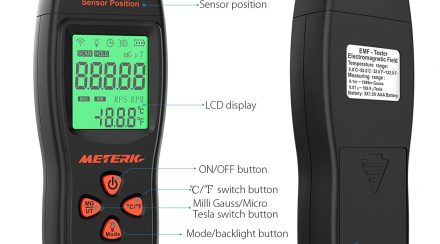 How to Use and Read an EMF Meter – The Essential Guide
Categories: Education 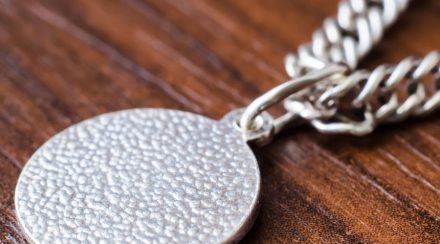 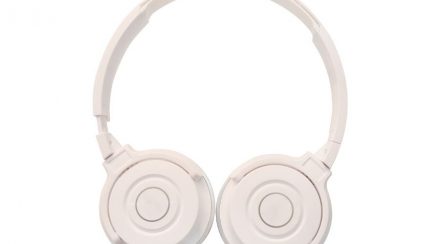