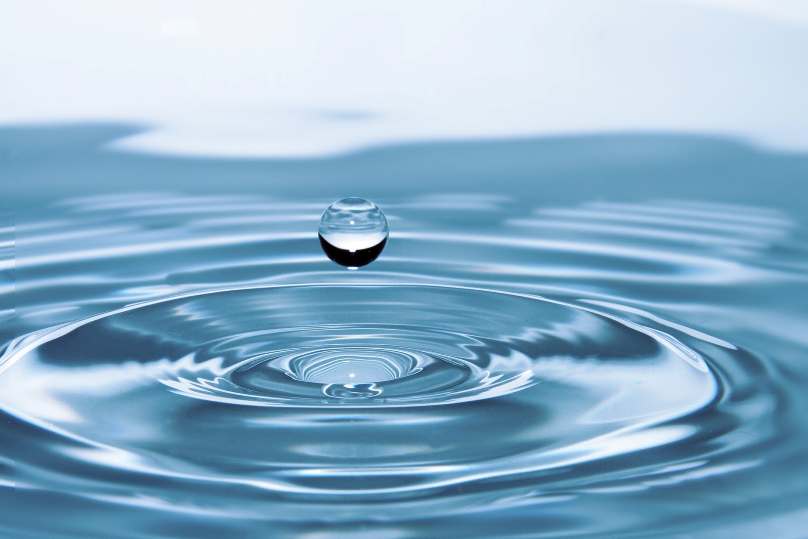 Radiation exists everywhere in different forms. The effects of radiation on all of us vary depending on the type.

But, there are some materials which do provide us with protection. In this article, we will discuss if water is good at blocking radiation.

In general, water is very good at blocking most of the harmful radiation caused to human beings and is a cheaper alternative to lead for the said purpose.

Non-ionizing radiation is the type which is not strong enough to displace electrons from an atom. These include:-

The answer to this question can easily be deciphered from the graph below. Shown is the absorption spectrum of water which clearly indicates what it is capable of absorbing and what it is not able to. 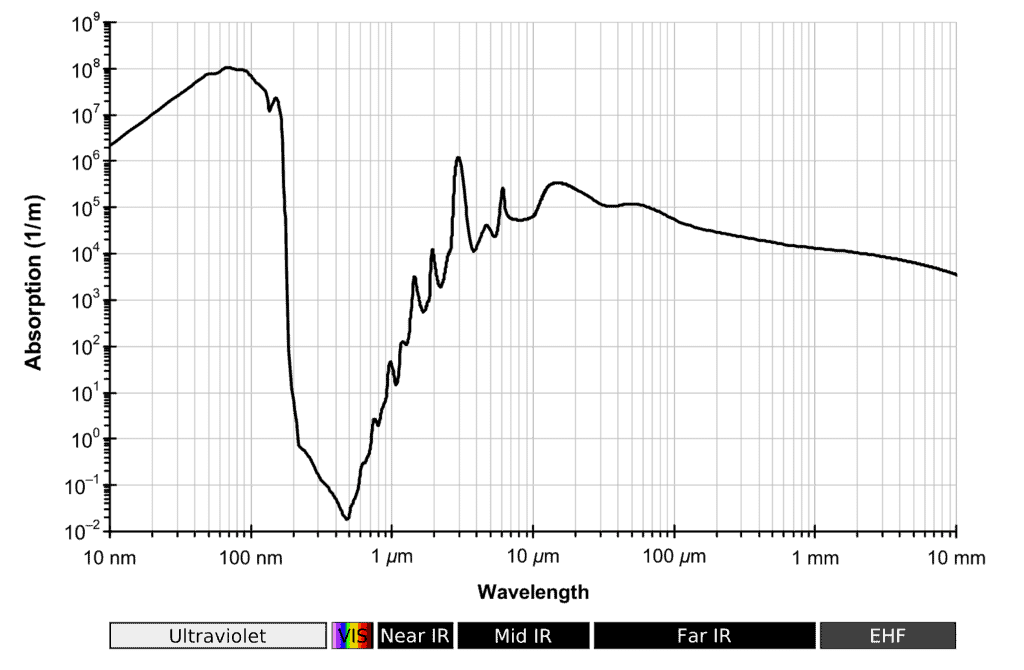 As can be seen in the graph, water can absorb all kinds of radiation except visible light and adoining frequencies. That is why we can see through water.

However, the graph does not display x-ray, alpha, beta, gamma and neutron radiation which are lower in wavelength; below 10 nanometers.

Let’s go over the types of radiation one by one and examine how they can be blocked by water.

The ozone layer absorbs most of the UV rays from the sun. However, with the constant depletion of the ozone layer, we all are not as protected as we used to be.

The UV radiations are of wavelength 10 nanometers (nm) to 400 nm, with some of it being a part of the visible light spectrum. Water absorbs more than 90% of these UV rays and hence is very good for blocking UV radiation.

Alpha particles consist of protons and neutrons. They have mass and hence have less energy. They can travel only short distances and can easily be blocked by a thin material like paper.

Beta radiation has less mass than alpha radiation and can travel a few meters. It penetrates paper but is blocked by stronger materials like aluminum or wood.

Gamma radiation does not have any mass like alpha or beta particles and can travel a significant distance. It can cause burns to the skin.

Gamma rays too can be blocked by wood and aluminum, but the material needs to be thick. The thickness required will depend on the distance from the point of emission. Lesser the distance, thicker the material required.

Gamma rays will be blocked by a layer of water of about 15 feet or more.

Neutron radiation, unlike alpha, beta and gamma radiation, consists of a free neutron which can travel several hundred or even a few thousand miles. This is the only type of radiation which makes other substances radioactive and hence, is the most dangerous.

That is why they can only be blocked by a substance rich in hydrogens such as concrete or water. Hence, water is very effective at blocking neutron radiation.

Water is ineffective for blocking visible light. You need opaque substances for that.

Infrared radiations raise the temperature inside the eye and can cause cataracts, ulcers in the cornea, and burns in the retina.

Infrared radiation has a damaging effect on the skin. Its exposure causes redness and prolonged exposure can lead to heat exhaustion and heat stroke.

In simple terms, the greenhouse effect is caused when the infrared radiation is re-emitted from the earth’s surface into the atmosphere. At times the atmosphere is unable to dissipate heat, and the local temperatures rise even further.

The greenhouse effect can also be experienced in a glass room on a sunny day causing the room to become warmer than the outside temperature. The increased heat can cause harmful effects to human beings.

Water is able to absorb and block most of the infrared radiation.

Microwave radiation extends from 1 millimeter 1m wavelength. As it is non-ionizing radiation, microwaves do not have enough energy to penetrate to skin and cause damage. Available studies have indicated that radiation has long time effects which include cancer.

Read my article on microwave radiation and its harmful effects.

Water is a good blocking material for microwave radiation.

Radio waves are in more or less the same frequency band as microwave radiation. Radio waves are artificially generated in which a transmitter sends signals and a receiver antenna receives signals.

EMF radiation from radio waves has become more prominent today. From radio station broadcasts to cell phone communications and internet, human beings today are subjected to very high levels of EMF radiation as compared to before.

Like microwaves, radio waves do not have enough energy to cause physical damage, but it is believed that they have long-term health risks associated with them.

As in the case of microwave radiation, water is effective in blocking EMF radiation from radio waves.

The radiation from electronic devices such as laptops, televisions, air conditioners and cell phones, apart from the radio waves, are in the extremely low-frequency band.

Like Microwaves and radio waves, they do not cause any damage in the short term but as per the studies carried out over the past decade, they are also associated with long-term health risks.

Like most type of radiation, water is effective at blocking ELF as well.

Can Water Be Used To Block EMF Radiation At Home?

We now know that water is an excellent material for blocking radiation. But as an ordinary person, how can this information be beneficial to me.

Unless I live in an aquarium surrounded by water, how can I effectively use it for blocking EMF radiation which is harmful?

This article by Dailymail UK advises against putting a router near a fish tank or boiler as the wifi signal degrades. This proves that water blocks RF radiation.

So, why not relocate the fish tank or aquarium in your children’s room or a place in the house that they use the most.

In isolation, this aquarium idea may not sound a big deal, but it is the small steps that matter. An aquarium coupled with EMF absorbing plants would be a great weapon against the harmful effects of EMF radiation.

To summarise this post, water blocks most of the radiation frequencies except those in the visible spectrum. Notwithstanding this, most of the harmful radiation can be blocked by water.

Due to its liquid form, using water as an EMF shielding device is a bit complex. However, having aquariums, fish tanks and boilers at home, do make a difference.

Thanks for reading! If you liked this article, please share it. You may also like to check out my recommended products for EMF radiation protection. 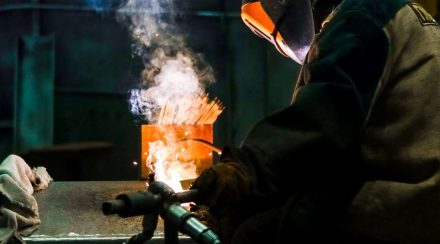 EMF Radiation from Welding – All You Need to Know
Categories: Education 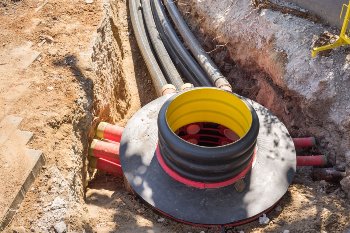 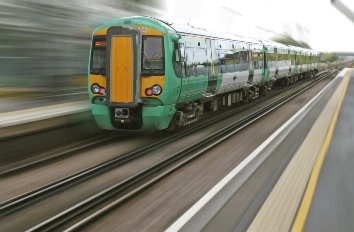