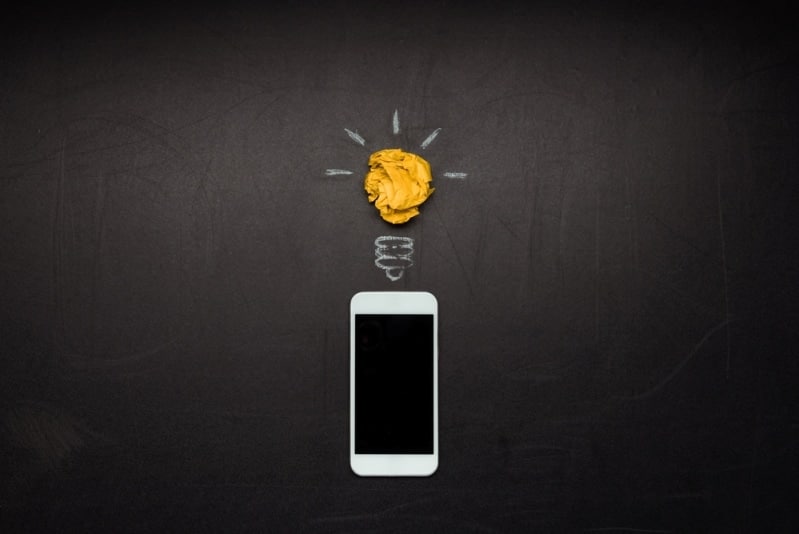 In this article, you will learn whether cell phones emit radiation when switched off and when not in use.

In today’s world, almost everybody owns a cell phone. You might consider your cell phone to be an essential part of your everyday life. You can use it consistently for communication, research, navigation, and games.

Many people across the world feel the same way, and they are almost always using their phones for something. One primary concern about cell phone usage is whether or not it is harmful due to radiation. This has been a talking point since the first cell phones came out several decades ago.

People worry about the radio waves and wonder just how much radiation the phone is emitting. This bothers many people as they that this radiation could lead to potential health problems.

Some people have even abandoned cell phones because they believe them to be producing dangerous radiation even when turned off or not in use. But is this true? Can an unused cell phone or one that is switched off actually emit radiation?

Do Cell Phones Emit Radiation When Turned Off

Whether or not a cell phone will emit radiation when turned off is determined by the manufacturer and the model of the phone.

Most older cell phones will stop emitting any radiation when they are turned off, as this is mostly the same as removing the battery. When you turn these phones off, all functions stop; therefore there is no radiation being produced.

Some newer cell phones still maintain some functions when the phone is shut down. Location services and clocks will still be in use, as will emergency services or alarms if you choose to allow them.

Smartphones also continue performing certain memory functions. This means that there is some radiation that is still being emitted when your phone is turned off. The level of radiation, however, is generally minimal and isn’t something to be worried about in terms of personal harm.

Because these radiation levels are so low, you can keep your cell phone with you when it is off. They are small enough to be considered almost non-existent, mainly because the Wi-Fi and cellular functions are shut down when you turn your phone off.

Those are the functions that emit the most significant amount of radiation, so you are substantially reducing radiation levels when you turn the phone off.

If you are worried about health issues that can cause radiation, it can be beneficial to turn off your cell phone regularly to minimize your exposure.

If you aren’t particularly attached to the functions or connectivity of your phone, you won’t notice much of a difference when it is off. In fact, it is recommended that you only turn your cell phone on when it is in use if you are trying to avoid radiation.

Do Cell Phones Emit Radiation When Not In Use

Although the safest method for avoiding radiation is to turn your phone off, many people are unable to do this. You may be on call for work and need to answer your phone at any given time.

If you are traveling, you might need to keep your navigation on so that you don’t get lost. Or you may just be the type of person that enjoys using your phone constantly or needs to be in communication at all times.

Cell phones emit the highest levels of radiation when they are turned on and in use. When you are actively responding to texts, emails, or taking calls, they are in direct communication with cell phone towers and satellites.

These are the times that they are releasing the most radiation. When you are in low-signal areas, these levels actually increase as the phone must try harder to communicate with these signals.

When cell phones are turned on but not in use, they still emit quite a bit of radiation.

It is not nearly as much as when they are in use, but it is significant. This is especially true for smartphones, as they are constantly scanning for signals, text updates, emails, and software updates. Even notifications that you receive through apps require a certain level of radiation to be released.

The radiation given off when not in use is the same kind of radiation that is emitted when talking on a cell phone. However, the levels are lower than that of a phone call. This is because the phone does not need to use as much cellular signal when it is passively collecting data.

How to Protect Yourself From Radiation Exposure

This video demonstrates that cell phones emit a lot of EMF radiations, especially during a phone call.

Dangers of Cellular Phones Cell Phone Radiation Time to Wake Up!
Watch this video on YouTube.

So, how do protect yourself? Let’s face it, you are most likely not going to turn your phone off whenever you need to use it.

It simply isn’t practical for most people, nor do they want to power their phone on every time they want to use it. This means that your phone will be giving off some level of radiation at all times as long as it is turned on.

Turning off the phone would help you to avoid this radiation, but since that may not be an option for you, you can use some of these tips to reduce your level of exposure.

Keep your phone away from your body

When a cell phone is in contact with your body, you are receiving higher levels of radiation than if it was not. If you work at a desk or table, take your phone out of your pocket and place it on that surface.

You may need it in your pocket when you are walking, but you can remove it at times when you aren’t using it. It is also useful to have a backpack or purse in which to hold the phone.

Use a headset or speaker for phone calls

The contact with your body is especially harmful during phone calls, as the phone is usually on your ear close to your brain.

You can reduce the radiation by 75% by moving the phone just 2 inches from your head. Although a wireless headset still emits some radiation, it is far less than that of a cellphone.

Ideally, you can use a wired headset, but this isn’t always convenient. The speakerphone is excellent in a pinch if you don’t have a headset as it keeps the phone away from your head.

Turn Data and Wi-Fi off when not using your phone

If data and Wi-Fi are always on, your phone will constantly be communicating with servers and satellites, meaning the radiation will be continual.

By turning data off when you are not using the phone, you are protecting yourself from this steady stream of radiation.

If you are expecting messages or need to look something up, you can toggle data back on for the time that you need the phone. With data off, however, you can still receive phone calls, so you won’t have to worry about being out of luck in an emergency.

Wi-Fi signals also emit radiation, albeit less than cellular data. If you aren’t actively using your Wi-Fi network, turn off Wi-Fi on your phone.

Simply disconnecting won’t be enough, as your phone will still be searching for signal if the option is left on. Turning Wi-Fi off will ensure that your phone isn’t emitting radiation looking for other networks.

Keep GPS off when you don’t need it

GPS navigation has long been a major culprit when it comes to emitting dangerous levels of radiation. Most cell phones have been manufactured to comply with regulations, but that doesn’t mean they don’t still produce radiation.

Turn GPS on only when you need it – if you are travelling or need to stay updated on routes or log your distance. When at home or in a familiar area, toggle GPS off so that you can lower the amount of radiation that your phone is responsible for.

If your conversation isn’t urgent, text messages are far safer for avoiding radiation. This is because you will not be holding the phone near your head, exposing your brain to higher levels.

You will also only need your phone for the duration of the text rather than holding it to your body for a longer period of time. The longer periods of time you are exposed, the more harm the radiation can do.

Try to cut down your usage

While the tips mentioned above are all helpful in minimizing your risk of damage due to radiation, there is no substitute for self-control and moderation.

You should be limiting your cell phone usage to times when you absolutely need it. Many of our habits with our cell phones are highly unnecessary, and we can cut them out by formulating a plan to reduce our reliance on them.

If you get the urge to browse the internet on your phone out of boredom, consider bringing books or magazines with you instead.

Try to set several hours aside every day where you keep your phone in another room so that you aren’t as tempted to use it. This may be difficult at first, but as you get used to it, you will be doing a favor for your health by avoiding radiation.