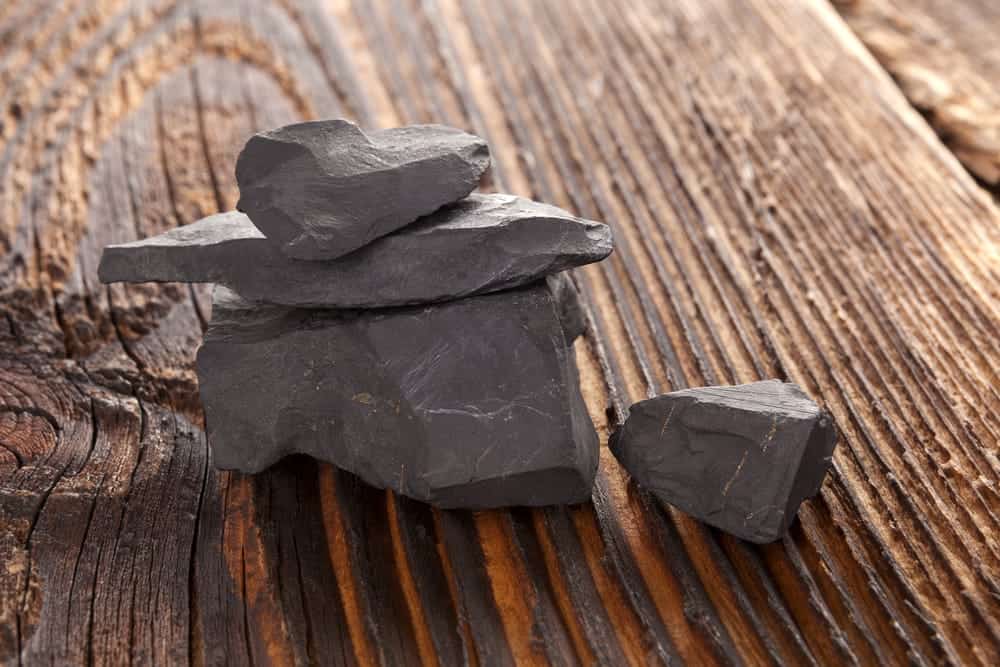 In my quest to find the best ways to reduce EMF radiation in the home, I often come across a mineral called shungite. Many EMF blogs claim that shungite is an excellent defense against EMF radiation, so I decided to look into whether this is really the case.

There appears to be no conclusive scientific evidence that shungite really works against EMF radiation. While the mineral does contain some antioxidant properties, there is no reason why these would apply to EMF radiation. Shungite is, in short, a pseudo-science.

Read my article to know which EMF protection products work and which don’t.

In this article, I’ll look at what shungite is and the reasons why people think it’s effective, along with why this isn’t true. I’ll also offer some effective ways of reducing EMF radiation in your home.

Shungite is a type of mineral that’s known for its unique composition. It’s made from up to 98% carbon, although this varies depending on its purity. The rest of its composition is hydrogen, but again this is in varying quantities.

It’s generally only found in one location, which is in Russia, and this single deposit is believed to hold around 250 gigatonnes of the mineral. It has a number of industrial uses, including as a component in insulation and as a paint pigment. However, it’s also been popular in holistic medicine since the 18th century.

Along with industrial uses, it’s also been proven to be an excellent water purifier and was found to remove 30 times more free radicals from water than activated carbon.

Although there’s no evidence to confirm shungite is effective at blocking EMF radiation, there’s no denying that it’s a powerful antioxidant. However, this information should be treated with caution because it’s only true when the mineral is prepared and applied in the correct way.

Why is shungite seen as EMF protection?

Even from reading the antioxidant effects of shungite you can begin to see why it’s often seen as an effective way of blocking EMF radiation. After all, if something has antioxidant properties and is already popular in the holistic world, why shouldn’t it be rebranded as protection against radiation?

However, there is slightly more to it than that. Shungite was found to contain a type of molecule called fullerenes. These were only first discovered in 1991 and not seen in nature until 1992. They’re now believed to be found in lava, coal, meteor craters, and some other types of rock.

A 2013 study into fullerenes found that the molecules are effective absorbers of free radicals because of their structure. In short, the molecules are arranged in a particular way on the mineral’s surface that makes them ideal for absorbing and neutralizing rogue particles.

This at least explains why shungite is effective at filtering water, but does this work with EMF radiation? The short answer is no. This is because no material (any material) is able to change a wavelength’s frequency once it’s left its source.

Therefore, shungite can’t reduce the intensity of EMF radiation, or in fact block it. This is because EMF frequencies behave differently to free radicals found in water, which are effectively particles moving around in the water that can be filtered out.

As mentioned above, shungite is proven to be effective as an anti-inflammatory, but this is only when applied topically and works for the same reasons as water filtration. Like activated carbon, shungite is able to absorb and neutralize certain particles, but this doesn’t work with EMF radiation.

What’s more, fullerenes, the molecules that actually perform this task, are only found in Type 1 shungite, which is the rarest form. There are 4 grades of shungite that are based on carbon content, and Type 1 shungite is the most carbon rich.

It’s extremely unlikely that any shungite products sold as EMF protection are going to contain Type 1 shungite, and the only way to test is with expensive chemical equipment. So it’s best to just avoid shungite-based EMF protection products and opt for other options instead.

Just to recap, here are the most common myths about shungite:

Shungite is able to modify the frequency of EMF radiation and turn it into a frequency that’s good for our bodies.

False. While some materials can change the speed of light (known as refraction), nothing apart from electrical components can change the frequency of energy after it’s left its source.

Shungite can effectively block EMF radiation from entering the body by absorbing it.

False. This claim is likely based on the mineral’s ability to absorb free radicals in water, but that doesn’t mean the same logic can be applied to EMF radiation. After all, a wave of light behaves very differently to free-moving molecules in water.

Hanging a shungite charm from your smartphone will help combat EMF radiation.

False. This one could take a whole article in itself to explain, but one of the most effective ways to block EMF radiation is using a Faraday cage. Science aside, the cage completely contains the device, which is the only effective way to block the majority of its radiation. So how could a small charm work on a smartphone?

The most effective ways to reduce EMF exposure

It’s not news that we’re constantly exposed to EMF radiation, and so it’s understandable that you might be concerned about the long-term health impacts. However, this doesn’t mean you should go running off to buy shungite necklaces to solve the problem.

Below are my top suggestions for minimizing the amount of EMF in your life. Unfortunately, there isn’t one practical permanent solution, so it’s worth trying a few and working out a routine that suits you best (as long as it doesn’t involve shungite!).

1. Keep your distance from electrical devices

Arguably the most effective method for reducing EMF exposure is to simply keep your distance from electrical devices when they’re on. The worst culprits around the home include Wi-Fi routers, smart meters, and appliances such as microwaves.

When it comes to Wi-Fi routers, you should keep at least 10 feet away, and turn it off overnight when not in use. Similarly, with smart meters, the minimum safe distance is around 40 feet, although you can combine this with other methods.

2. Buy an EMF shield for your devices

Of course, it’s not always practical or possible to keep your distance from electrical devices. This is particularly true for things like phones, laptops, and computers.

In these situations, the best thing you can do is buy an EMF shield for your device. There is a wide range of EMF laptop shields available, along with the equivalent in phone cases.

These cases work by including different layers of metal and mesh, which effectively block the vast majority of EMF radiation from your device. However, because they don’t block 100% of EMF radiation, I’d recommend also reducing your exposure by cutting down on how much you use your devices.

3. Use wired instead of wireless

Wireless devices are becoming more and more popular. Whether it’s a keyboard and mouse or headphones, many companies are opting for wireless because it’s believed to be more convenient.

However, removing wires means introducing more EMF signals, which obviously increases your exposure. This is particularly problematic with something like headphones because these are very close to your brain.

The best solution here is to simply stick with wired versions of your devices, and even by going as far as having wired internet connections where possible.

However, you obviously need to plan which devices you put this cage on. For example, using one on a Wi-Fi router is a bad idea because it can’t block some frequencies and let through others, which means it would render your router useless.

A Faraday cage is a brilliant option for a smart meter though. These are readily available online and really easy to install, and they can reduce the amount of EMF radiation emitted by up to 98%.

Shungite is regarded by many as an effective way of blocking or absorbing EMF radiation, but this isn’t the case. If you’re concerned about your EMF radiation exposure, the best thing you can do is to employ a variety of the solutions listed above, as combined they should be pretty effective.