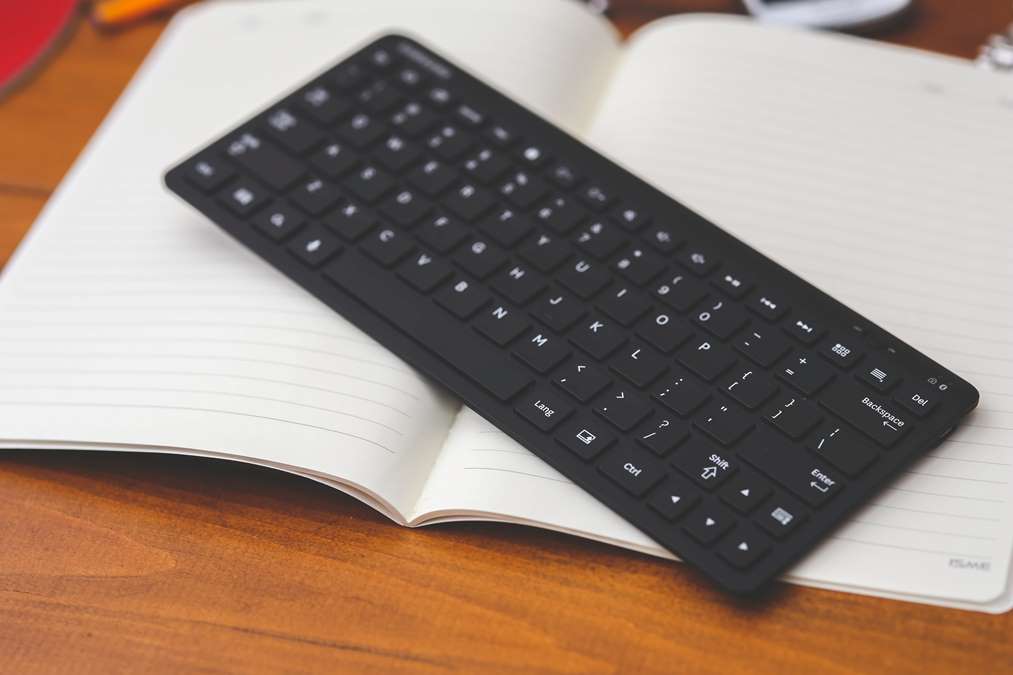 There is a lot of confusion over what types of electrical products emit radiation. Is a bit of radiation here and there okay? Will it be the death of us? With the new wave of wireless home appliances, it’s understandable to have some doubts, and it’s completely reasonable to ask these types of questions.

So, do wireless keyboards emit EMF radiation? The short answer is yes, they do. All household appliances that take energy from an electrical source will emit EMF radiation. However, in moderation, this type of radiation shouldn’t have a serious effect on your physical health.

We’ll be giving you the rundown on what EMF radiation is, whether it’s harmful, and what you can do to avoid it.

Like most household technological devices, wireless keyboards and wireless mouse devices do emit radiation. However, due to the low levels of EMF, just a computer keyboard on its own wouldn’t have any effects on your health.

Problems could potentially occur when you pair the wireless keyboard with a wireless mouse, computer using Wi-Fi that can connect to your smartphone and Amazon Echo device… the list goes on.

If you are concerned about the effects that these devices may have on your physical health in the future, swap them out for a wired computer keyboard and mouse. This way, the main source that will be emitting radiation during your use on the computer, will be the computer itself, and the accessories will not be adding to your exposure as much. Ensure you turn off Bluetooth on your computer afterward, or you will continue to be exposed to excess radiation.

Some options for ensuring your computer accessories don’t emit extra EMFs are as follows:

Of course, if you work in an office environment or have a job where you are mostly computer-based, this may be more difficult for you.

You could then begin to have a look around your home, see what other devices could be emitting EMF radiation, and swap those for wired items that would produce a much smaller amount of EMF.

What Exactly is EMF Radiation?

EMF is the abbreviation used for the term ‘electromagnetic field’ radiation. This radiation cannot be seen. It is an invisible wave of energy that emits from technological devices, most commonly found in our own homes.

The main sources that emit EMFs are things you use and are surrounded by daily, for example, your cell phone, television, computer, microwave, and any Wi-Fi device you own.

We’ve all heard the urban legend about standing in front of the microwave while waiting for that immensely loved ‘ding’ sound we all relate with food. Who knew that in all those years of your mom telling you to get away from the microwave – she was actually right!

It’s all well and good avoiding your microwave while it’s in use, but you can’t escape EMF radiation – it’s everywhere. Even those people who prefer to live a more traditional, non-technical lifestyle will come across small amounts of EMF daily. It emits from your basic electrical wiring, plumbing, electrical heaters – and even the houses around you.

There are two types of EMF radiation:

The Effects of EMF Radiation on the Human Body

The effect of EMF radiation on the human body, at this moment in time, is vastly unknown. We know what effects other types of radiation have on the body. However, because non-ionizing EMFs levels are so low, it’s been hard to prove that they cause similar health problems.

We all know that the main source of the radiation scare is from our cell phones. Since the launch of the first iPhone in 2007, humans seem to be incapable of leaving the house without these devices – they have become an extension of ourselves.

It is known that smartphones emit EMFs, and as we always carry these with us 24/7 and hold them to our ears for long periods during calls, we are always subject to radiation.

“Based on a recent in-depth review of the scientific literature, the WHO concluded that current evidence does not confirm the existence of any health consequences from exposure to low level electromagnetic fields. However, some gaps in knowledge about biological effects exist and need further research.”

We cannot be sure. As technology evolves, and more and more of it enters our homes, the amount of radiation will continue to increase. Studies are being carried out regarding this issue. However, scientists will not know the extent or lack of damage for decades.

Here are some of the possible harmful side effects of EMF radiation: