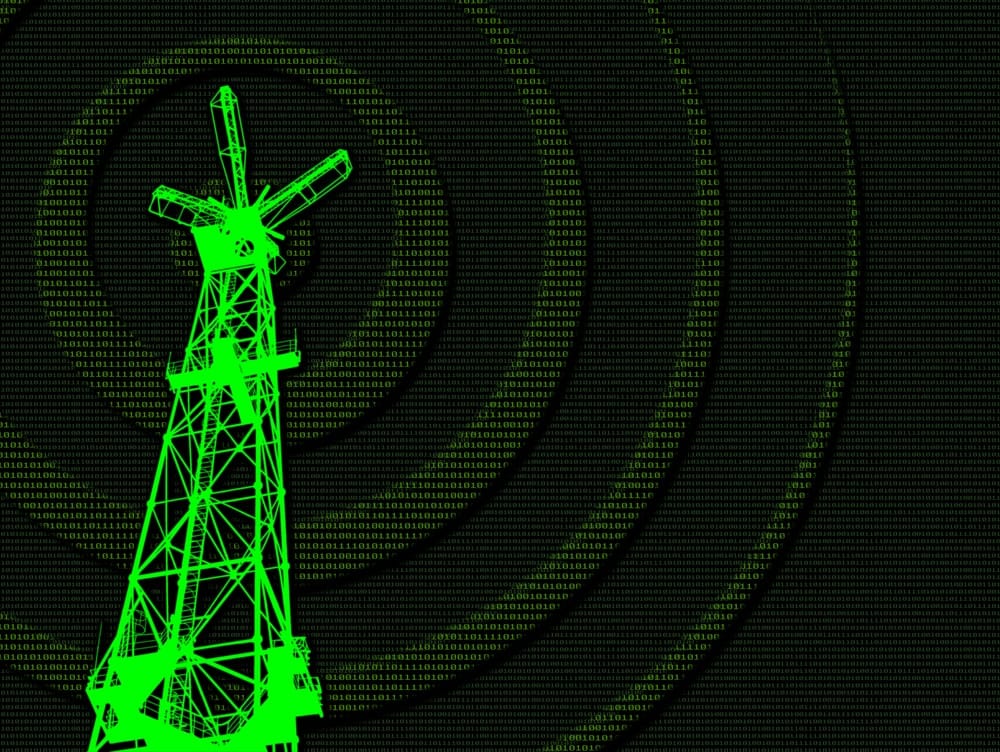 EMFs, or electromagnetic fields, are essentially concentrations of electrical and magnetic energy. These exist both naturally and as a consequence of man-made devices such as cell phones and microwaves. Because of how often we are exposed to them, it’s natural to ponder the possibility of whether we can detect EMF with the naked eye or by ear.

EMF sensitivity is an area of research that needs further investigation. Current information has yet to provide substantial evidence for clear answers on the matter.

Patients who believe they have a sensitivity to EMFs are encouraged to investigate underlying health problems and environmental conditions before possible EMF sources. However, suspicions merit a more in-depth look at what EMFs are and how they can affect you. We’ll take a look at some of these affects.

An electromagnetic field, or EMF, is the combination of an electric field and magnetic field (both are occurring in the same environment and/or at the same time). There are many different sources of EMFs – both natural and manmade, including:

Electric fields are created by differences in voltages in each environment. The strength of the EMF is positively correlated with voltage, so the higher the voltage, the stronger the EMF. Surprisingly, there does not have to be a flowing current for there to be an electric field present in an environment.

This doesn’t mean that an electric field does not cease to exist when there is a current. However, in this case, the EMF will remain more constant than otherwise, only fluctuating in strength along with changes in power consumption.

The differences in voltage are created by positive and negative electrical charges present in the environment. These charges exert forces on all other charges within the same field.

The exerted forces are measured in volts per meter (V/m) and are strongest when in proximity to the source of a charge or a conductor holding a current charge or residual power (e.g., metal).

Electrical fields can be caused by manmade devices, such as power lines (RELATED POST) and outlets. This is where many people begin to experience possible symptoms of electromagnetic hypersensitivity (EHS). Still, you are protected from direct radiation and other byproducts of electric and magnetic fields due to the barriers created by:

These barriers are one of the reasons why power lines go unnoticed by the majority of people.

Electrical charges, just like all energy sources, create vibrations. The motion resulting from these vibrations create the magnetic fields, which are measured in amperes per meter (A/m).

Because of this, magnetic fields rely on a flowing current to exist – this is unlike electric fields, that can exist without a current. As long as there is a device turned on, there is the potential of a magnetic field to exist.

Many people believe that they are able to hear and feel the effects of electromagnetic fields, sometimes to the point of experiencing painful or uncomfortable symptoms. This condition is known as electromagnetic hypersensitivity (EHS).

EHS is a particularly difficult condition to diagnose – in fact, it is so vague in its symptoms and inconsistent between patients that it is only recognized as a distinct medical condition in Austria.

Based on present knowledge, EHS is characterized by a wide range of non-specific symptoms. These symptoms are most often dermatological in nature, manifesting in the form of:

EHS holds several similarities with multiple chemical sensitivities (MCS), another condition that is associated with chemical exposure and low-level environmental hazards, of course, like electromagnetic fields.

Both conditions, unfortunately, lack substantial foundation in toxicological and physiological research, so we are not yet clear on the extent and exact causes of the symptoms of EHS.

Another Alternative Explanation to EHS

Because of the lack of scientific evidence supporting individual experiences with the condition, symptoms of EHS could also be attributed to Idiopathic Environmental Intolerance (IEI).

IEI is a condition that makes an individual particularly sensitive to a wide range of environmental factors. This term is used regarding the symptoms of EHS since it does not have any clear implications of any of the following:

IEI refers to a range of similar conditions that are not only medically inexplicable but non-specific in nature. Despite this, these symptoms still sustain negative impacts on the patient and their quality of life.

There is a lot of disagreement regarding the prevalence of EHS in the general population. Some medical centers have estimated it to be only a handful of individuals per million, while other, smaller groups have settled on much higher numbers.

On either end of the scale, the condition is not fatal and rarely serious, as only an estimated 10% of reported cases are determined to be severe. The prevalence of EHS also varies geographically: For example, more cases of EHS have been reported in Sweden and Germany than in the UK or Austria.

Most studies observing individuals or groups with EHS have found that those who claim (or who are suspected to be) afflicted by the condition are no more able to detect EMF than those who do not have it. It was also determined that the symptoms display no correlation with exposure to EMFs.

(This is part of the reason why it is currently believed that individuals with EHS may be experiencing symptoms unrelated to EMFs but other environmental factors or underlying health conditions).

For instance, if you believe you have EHS that flares up after a long workday you should instead consider everyday appliances that emit EMFs (i.e., computers) with an emphasis on compounding environmental factors of your work environment. This includes:

Researchers have found weak correlations between physical conditions such as tinnitus and behavioral and cognitive symptoms as well.

Tinnitus is one of the most common symptoms of EHS. Still, symptoms of tinnitus reported by individuals who believe they have EHS are highly unspecific in nature. The condition also has yet to be confirmed to have a causal relationship with exposure to EMFs.

Tinnitus is a phantom perception of a meaningless (e.g., not directly related to environmental occurrences or having no specific source) sound in the absence of a distinguishable external sound. This is different from an auditory hallucination, which is a direct consequence of a psychiatric disorder. Auditory hallucinations are instead characterized by hearing voices rather than a meaningless sound.

Current estimates reflect that between 10-20% of the adult population experience tinnitus to some degree and those who have EHS are only slightly unique in this regard.

One study found the tinnitus occurred more frequently in their experimental group (made up of individuals believed to have EHS, the prevalence of tinnitus within this group being 50.72%) than the control, or non-EHS group (17.5%).

Through all of this, EHS and tinnitus were not found to have any solid correlation with each other, even in light of symptoms shared between the two, such as insomnia. Routes of exposure to EMFs, such as cell phone (RELATED POST) usage, were not confirmed to be associated with tinnitus, either.

Further Details on Tinnitus and EHS

Tinnitus was only determined to be associated with subjective EHS, meaning the condition was not able to be confirmed with a medical diagnosis, but only by the subjective experience of the patient.

Vulnerability to both EHS and tinnitus are likely to be symptoms of an overactive cortical distress network instead. That said, cognitive behavioral therapy is the preferred treatment.

Lastly, there were significant differences in underlying conditions between the two groups that may have contributed to the rates of both EHS and tinnitus: In the EHS group:

In the control group, on the other hand, only 4% confirmed that they lived with major depressive disorder, while 0% reported conditions for the remaining two categories.

Animals are generally known to respond to low-level EMFs, usually, those that occur between frequencies ranging from direct current (DC) to extremely-low-frequency (ELF).

These responses are attributed to specialized receptors (which are not present in humans) –the same receptors that allow these animals to navigate the Earth during migrations, as mentioned earlier.

The mechanisms by which animals can detect these EMFs are unknown. This may be part of the reason as to why perceptual and behavioral responses to low-frequency EMFs have not yet been reported or confirmed in humans.

In theory, humans can feel EMFs to a minuscule extent, but it is unclear how our bodies respond to them further than that.

However, research is making progress in this regard! Within the radiofrequency (RF) range of concern – as determined by the Ground Wave Emergency Network (GWEN) sites assessment (a communications system for the US military) – there have been reports on possible sensory perception. These reports have all occurred in the following ways:

How to Know if You Have EHS

Many studies have been conducted to determine the prevalence of EHS in work environments and similar locations wherein people are frequently exposed to EMF sources for extended periods (especially EMFs in the RF and ELF ranges). These studies revealed that office employees do experience a variety of perceptual and behavioral responses, including

For individuals exposed to EMFs ranging from 50Hz to microwave frequencies, studies showed that patients complained of or displayed

Although these symptoms are not always correlated to EMF exposure, when they are, they are referred to as the syndrome, “microwave sickness.”

Interestingly, studies with EMF fields suggest that exposure to EMFs can influence behavior. Studies on prenatal rats revealed that exposure to 0.5Hz to 3-mT fields resulted in changes in both juvenile and adults’ emotional stability and cognitive performance. As groundbreaking as these findings are, they have yet to be replicated in a substantial body of research.

Since Austria is the only country with substantial medical documentation regarding EHS, it is difficult to identify individual cases. This is not to say that you can’t have EHS. If you suspect that you have EHS, look out for the following symptoms:

You must keep in mind that the majority of these symptoms can be attributed to other underlying symptoms. Always seek the help of a medical professional if you are experiencing any of the symptoms listed above in perpetuity and never attempt to self-diagnose.

Physicians recommend that individuals seeking treatment should be doing so to address existing medical and cognitive symptoms, rather than their perceived need for the reduction or elimination of EMFs in the home or workplace. To do this, you must:

Individuals who experience long-term symptoms such as severe disabilities should seek therapy to reduce these conditions (both physical and psychological) instead of prioritizing the possible removal of EMF sources from their environment.

They should also consult a hygienist to address elements that may be negatively impacting the health of the patient in these spaces.