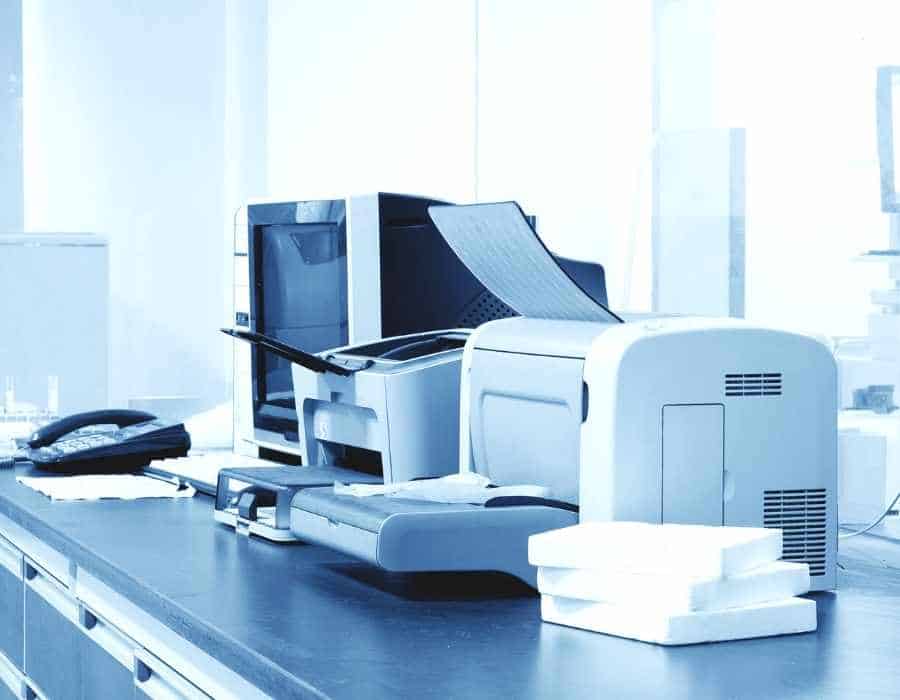 At home and in the workplace, the printer is an essential part of our life. When people use a printer, radiation exposure is most possibly the last thing on their minds. But since printers are electronic devices, shouldn’t it concern you that you might be putting your health at risk?

Printers give off radiation in the form of light. However, unlike X-rays, this type of radiation is harmless unless you expose your eyes to it for a long time. The printer mechanism and cabinet insulate you from radiation exposure. So, your body is safe from harmful exposure during printer usage.

In this article, we will take an in-depth look into the following:

How Do Printers Produce Radioactive Emissions?

Radiation refers to the energy an object emits. It could originate from a computer monitor, smartphone screen, or lamp. It then travels outwards in waves in all directions.

A printer comes with many functions, including photocopying. When you are running copies, the printer illuminates your document with bright light, and the copying process ensues. Since the procedure uses high-voltage electricity, radiation occurs as well.

However, as noted earlier, the printer mechanism and cabinet protect you from this radiation. As such, the copying does not result in the emission of harmful x-ray radiation. But the light produced still contains enough energy to warrant a certain level of caution when using the printer.

All laser printers bear Level 1 classification, which means that the laser radiation (beam) is not usually accessible, so it poses no harm. This is unless the covering or enclosure around the laser gets removed or interfered with. Thus, only professional technicians should carry out printer maintenance work.

The form of radiation that should cause you concern, and rightly so, is ionizing radiation. This radiation has more energy than ordinary light and can even split atoms to release electrons.

It also destroys the molecular structures that form living things, including humans, since it can penetrate the body. Note that printers do not discharge this type of radiation.

What Health Risks Do Printers Pose? 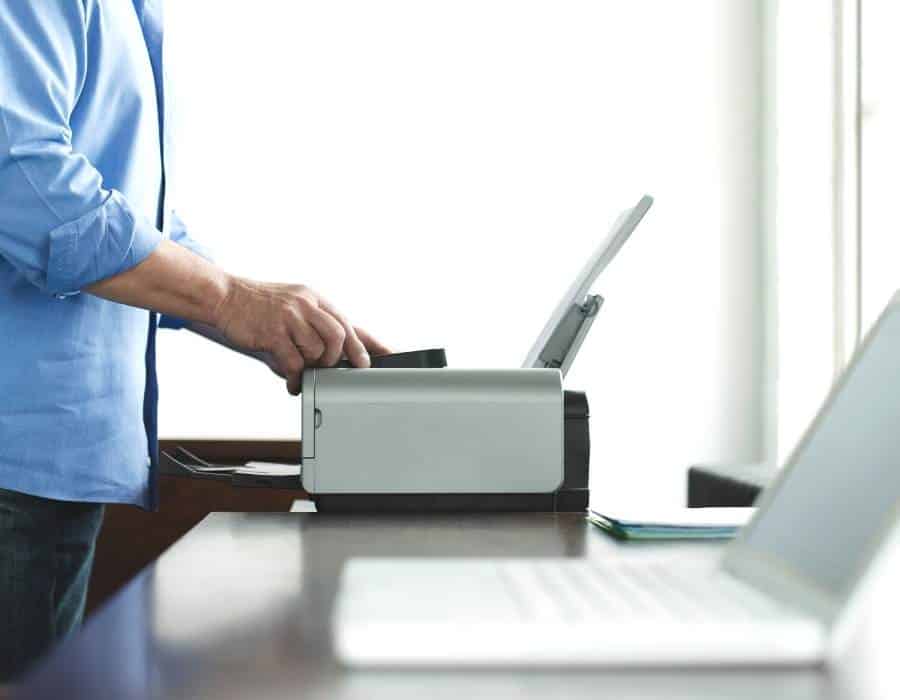 In 2007, an Australian-based study claimed that printers emit harmful particles that cause pollution. They explained that this pollution could increase your risk of stroke, cancer, and lung disease. They also indicated that the effects of such pollution were similar to those caused by cigarette smoke.

But the NHS refuted these allegations as there was no supporting evidence, and further studies were needed to establish the truth. Besides, the study was based on one brand of printers.

In 2015 however, a study by Harvard researchers revealed that, indeed, laser printing releases potentially harmful emissions that could cause respiratory irritation and chronic illnesses. Laser printers are used widely due to their super speed and high-quality printouts.

The study tested all printer types and further revealed that some printers released particles as much as those found in extremely polluted highways.

In light of these startling revelations, how can you protect yourself from these dangerous emissions?

While printer use doesn’t necessarily expose you to radiation per se, it does put you at risk of contracting life-threatening diseases.

But before we look at how to safeguard your health from these potentially toxic emissions, let’s explore some of the other health hazards brought about by printer usage.

Printers emit considerable ozone levels during electrical discharges. Still, the amounts released are not dangerous. Unfortunately, regular exposure to ozone predisposes you to several health issues such as:

Light (electromagnetic radiation) is a continuous spread of frequencies starting with infrared and spanning through visible light, X-rays, and gamma rays as its energy rises. Ultraviolet (UV) light lies between visible violet light and X-rays. It’s used in hospitals for black lights and germicidal lamps.

A laser printer’s light also contains a form of UV though weak. As such, it’s ill-advised to use the copier with the lid up for long, more so if you’re staring at the bright light. This is because doing so might affect your eyes and skin as they are both sensitive to UV light.

Additionally, UV radiation may discharge via the glass plate, though at insignificant levels. Note that the light in modern equipment is not hazardous except for short-term eye discomfort. Nevertheless, it is advisable to keep the copier lid down during use.

Electronic equipment produces EMFs that may present some health concerns. However, printer machines create a magnetic field with a remarkably low frequency. Still, to be on the safe side, ensure to stand at least a meter away when using the printer for long, for instance, 15 minutes or more.

Printer toners discharge low-toxicity soluble particles. However, the chance that these particles could increase the risk of cardiovascular diseases in humans is unlikely. Furthermore, toner dust is not harmful to your health. It will only cause your respiratory system mild irritation if its concentration is above average.

All the same, toner exposure may occur during cartridge renewal since toner could become airborne. As such, refrain from changing toner cartridges if you are sensitive to dust or have a respiratory condition like Asthma.

This powder is used as a pigment. It’s also a major ingredient in toners. Swedish scientists had at one time suggested that it may be carcinogenic to humans. But in 2010, the International Agency for Research on Cancer resolved there was insufficient evidence to arrive at such a conclusion.

Noise and heat may not sound harmful at all, but they lead to stress, fatigue, and low concentration.

Excessive noise could result from poor printer maintenance, so ensure that you keep yours in top condition. Also, opt for the best printer to suit your needs and place it in the most favorable location.

How Do You Guarantee Your Safety When Using Printers?

To minimize health risks associated with printer exposure, follow the below recommendations:

As we have seen, printers emit radiation, but this type of radiation is not harmful to your body. Even so, it’s better to be cautious. Therefore, ensure that you adhere to the following basic guidelines:

If you follow the above suggestions keenly and stick to the manufacturer’s instructions, you will manage to avoid any potential health risks when using your printer.