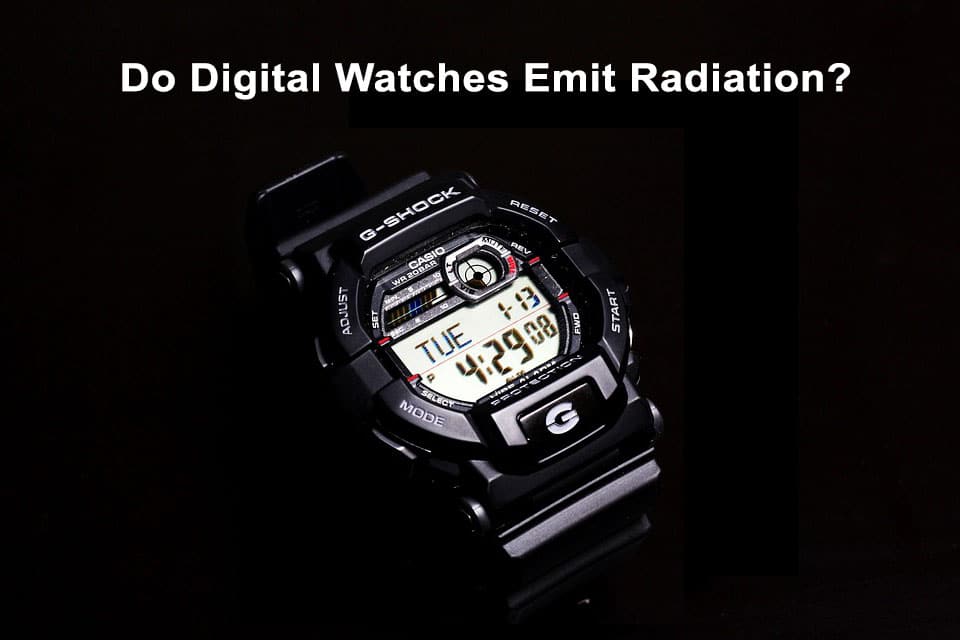 Digital watches have been fashionable for years, but the recent trend for smart watches and other wearable tech is surely only going to rise. One thing people often forget when buying these products in the presence of potentially harmful radiation.

So, do digital watches emit radiation? All electronic devices, including digital watches, emit small amounts of EMF radiation. These levels are greater in smart watches than normal digital watches, and can be potentially harmful if you’re exposed to them for too long. However, this is a relatively easy problem to solve.

Some people are more sensitive than others to levels of EMF radiation, so it’s worth knowing whether these devices emit this kind of radiation, and what you can do to combat this. Both of these topics are discussed in this article, so read on to find out more.

All electrical devices give off levels of EMF radiation, although this will vary depending on the device.

EMF energy can be potentially harmful, and is believed to be linked to a wide range of health conditions, including cancer, ADHD, diabetes, depression, headaches, and more (source). Those who are sensitive to it claim it makes them lethargic and ill, and can even cause people to move house to get away from it.

Digital watches do emit some levels of EMF radiation, because some of their energy is lost as heat and such. Similarly, smart watches do the same, but with other frequencies, including infrared. Check out this article in which I have brought out the health risks of smartwatch radiation and suggested ways to protect yourself from it.

It’s worth remembering that one of the best things smart watches do is communicate with your phone, which requires signals.

However, it’s also worth remembering that the levels of EMF radiation given of by digital and smart watches are going to be very low, simply because they’re such small devices. Compared to something like an electricity power pylon, or even a TV, their levels are negligible.

The biggest issue with smart watches that sets them apart from other devices, however, is the fact that they’re in contact directly with your skin. The same is true for things like FitBits, which fall into much the same category. Read my article on fitbit radiation risks.

Having an electrical device in such close proximity to your skin brings a range of potential health issues, mainly because that EMF radiation can transfer into your skin directly from the watch. Radiation can cause problems at a cellular level in your body, and this can then lead to cancer.

However, the levels of EMF radiation found in digital watches and smart watches are very low, so it’s unlikely that you’ll experience any problems in the near future. That said, the devices are relatively new, so we don’t really have any way to tell what the long-term health implications of wearing them are going to be.

Luckily, there are certain things you can attempt to reduce, or completely eliminate EMF radiation exposure from a digital or smart watch. The market is full of products claiming to work, but some are much more effective than others.

How to Reduce EMF Radiation Exposure from a Digital Watch

Considering smart watches give out EMF radiation, it’s worth protecting yourself against this, particularly as we’re unsure what this will do if the device is worn for long periods of time. Here are the best options for reducing EMF radiation exposure from a smart or digital watch.

This might seem like an obvious solution, but it’s also the most effective. Stopping wearing your digital watch will reduce your exposure to its EMF radiation by 100%. If you consider yourself sensitive to EMF radiation, don’t get one in the first place.

This is another pretty obvious solution, but putting a mobile device into airplane mode automatically turns off all communication frequencies, including cellular, Bluetooth, Wi-Fi, and others. In this article, I explain how the airplane mode is highly beneficial in reducing EMF exposure.

This in turn means there’s far fewer signals transferring to the device, which will reduce overall exposure levels to EMF radiation. However, this also means you won’t receive any notifications on the device, which basically makes them little more than a normal watch.

While it’s understandable that you won’t want to keep your smart watch on airplane mode all the time, this can be useful for when you don’t really need to be seeing notifications, such as while at work. This will allow you to still wear the smart watch, and benefit from its time-telling abilities, but without all the extra EMF radiation bouncing through your wrist.

One of the biggest features that smart watch and FitBit companies push is that they can help you monitor your sleep pattern. The problem is that this isn’t actually all that helpful, and is probably better left to the experts anyway.

Unless you have real problem sleeping, you probably don’t need to know how many times you enter REM sleep during the night.

Not using your smart watch’s sleep tracking capabilities means you don’t need to wear it at night. This in turn means you can reduce your overall exposure to the device by 33%, which is enough to make a big difference.

If you decide to choose this option, follow normal electronic device guidelines for while you’re asleep: ideally, leave it in a different room, or place inside an EMF radiation protective box or cancellation device. Most importantly, don’t leave it on a night stand near your bed, as you’ll still be exposed to its EMF radiation, and it’ll be nearer your head.

The market for EMF protection devices for smart watches is still pretty small, although there is one available from a company in Europe, called Memon. It’s designed to work much like any other EMF shield, and sits comfortable behind an Apple Watch. However, the company currently don’t make them for any other smart watches.

Your only other option is to buy an EMF radiation bracelet, but these are inconsistent in their effectiveness. If you’ve already found a brand that you use and are happy with, then buy one and wear it on the same wrist as your smart watch. However, if you don’t believe that these bracelets work, then stick with one of the other options.

EMF radiation, as mentioned, is believed to be linked to a number of different health conditions, and can impact people in many different ways. However, EMF radiation is also a potentially harmless thing commonly found in our everyday lives. To understand why it’s important to protect yourself, it’s worth knowing the difference.

EMF radiation covers everything on the electromagnetic spectrum, which includes visible light, microwaves, ultraviolet, x-rays, and more. Some of these are considered “low-level” radiation, while others are considered much higher levels of radiation. Check out these examples.

Non-ionizing radiation is given out by things like microwaves, computers, cellphones, and other electronic devices around the home. While non-ionizing makes them sound less threatening, and in the long run they are, what we forget to consider is how long we’re exposed to them for.

For example, someone might only go outside for a few hours while it’s sunny, and will protect themselves from sunscreen. This drastically reduces their exposure to the sun’s EMF radiation, and so reduces their chances of developing cancer.

However, the same person could then spend 8 hours sat in front of their computer while at work, to then spend time on their phone during their lunch break, and then go home to watch TV all evening. When you think about it, this is a lot of exposure to anything, regardless of how harmless it sounds.

Overexposure to EMF radiation leads to a number of health complications, including:

Some people are affected much more than others by EMF radiation, particularly from electronic devices. These people that are severely affected by the problem have to go to great lengths to protect their home so that they can live comfortably.

The best thing to do if you’re concerned with EMF radiation levels in your home is to start by buying an EMF meter. This will tell you how strong EMF radiation is, and from there you can decide what to do about fixing it. Once you do, you might find a significant improvement in your lifestyle.

So the bottom line is that digital watches and smart watches, including other wearable devices, do emit radiation. While some forms of this EMF radiation are less harmful than others, the key with watches is that they’re worn directly next to the skin. This allows radiation to transfer into your cells much easier, so if you wear one of these devices a lot, it’s worth doing something about it. 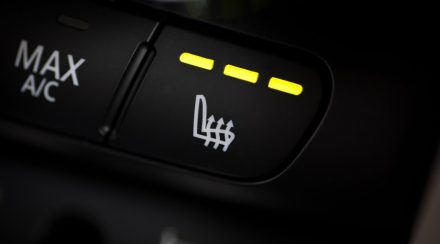 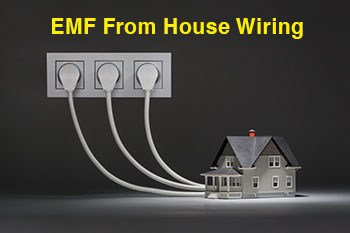 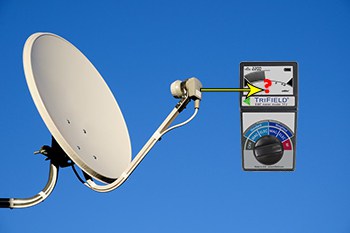 Get my 10 Best EMF Protection Tips for FREE!

These are the exact same techniques I used in my home with great success.

Just enter your email address below for instant access!